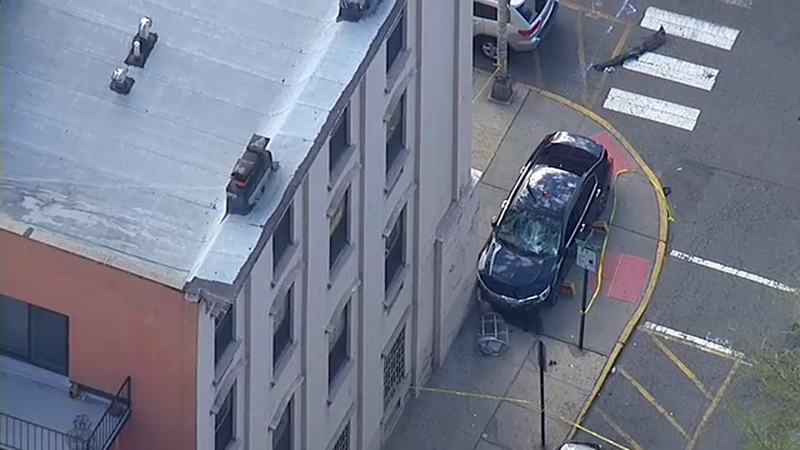 HOBOKEN, New Jersey (WABC) -- A car fleeing a fender-bender drove on the sidewalk and struck a pedestrian in Hoboken Tuesday afternoon, police said.

Authorities say the driver of a Honda then fled on the sidewalk at a high rate of speed, hitting a pedestrian at 1st and Hudson streets before crashing into a building on Hudson Street.

The pedestrian, identified only as a 56-year-old man from Brooklyn, had been standing by the stop sign and was seriously injured.

The driver, a 66-year-old Oscar Moran, of Jersey City, was apprehended following the crash.

A witness said the driver of the Honda had fallen asleep at the wheel, and when someone tapped on his window, he took off.

Authorities say he hit another car, kept going, and went onto the sidewalk.

"There's always hundreds of people walking on each block," Ferrante said. "This is a congested area. It's amazing more pedestrians were not struck, especially at the speed he was driving at."

Police say Moran was drunk, and he is currently charged with second- and third-degree assault by auto and driving while intoxicated.