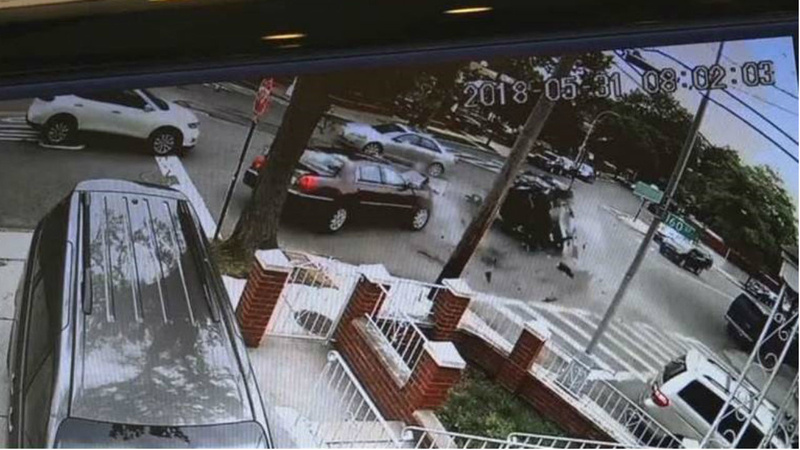 The crash happened at 160th Street and 21st Road in the Whitestone section just before 8 a.m. on Thursday.

As one of the vehicles turned the corner, it was hit head-on by another car which sent both vehicles careening into other cars.

Four people were hurt in the wreck and two victims were taken to the hospital.

Neighbors said stop lights and speed bumps need to be added to the intersection.