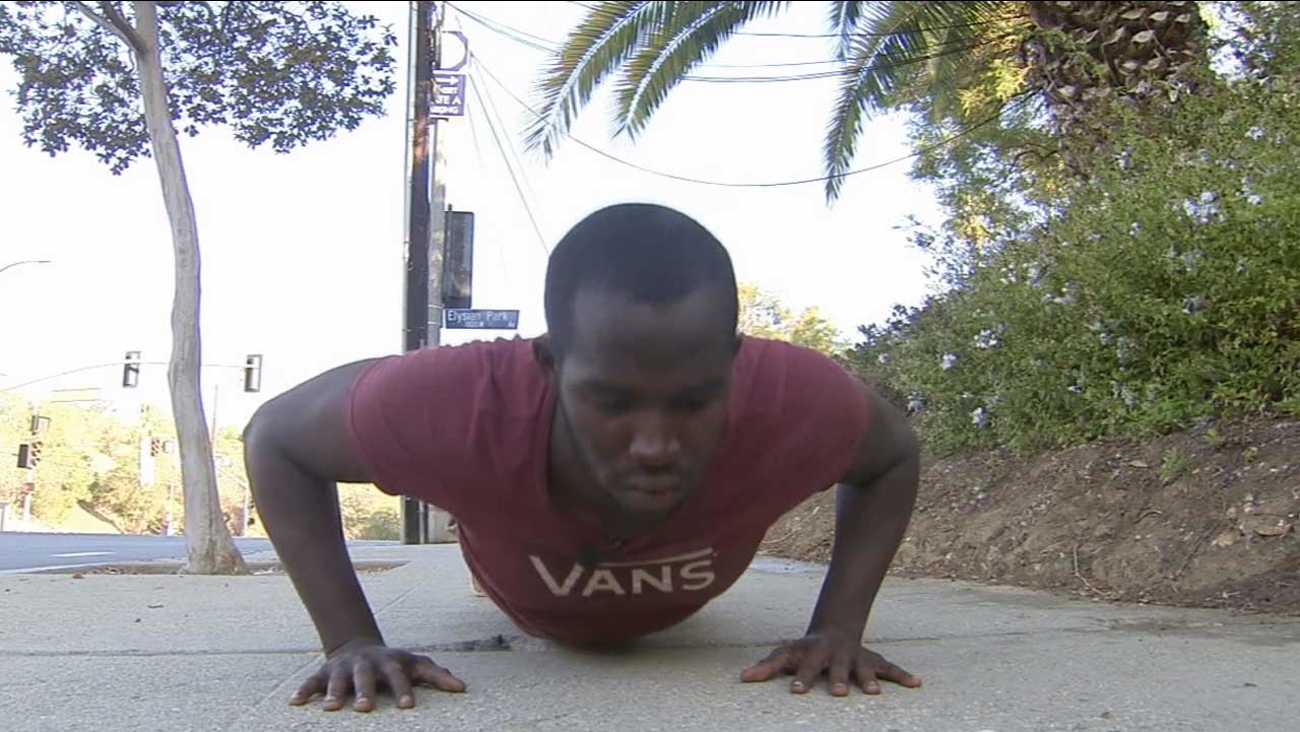 Loah Linares from Cuba has been sleeping on the sidewalk outside Dodger Stadium for over two weeks in hopes of making his childhood dreams a reality.

LOS ANGELES -- It's a lesson in sheer determination. A baseball player from Cuba has been sleeping on the sidewalk outside Dodger Stadium for 17 days, waiting and dreaming about one thing: baseball.

Loah Linares wants to follow in the footsteps of other Major League Baseball players from Cuba and just wants a chance to show the Los Angeles Dodgers what he's got.

"If I didn't know how great a baseball player I know I am, I wouldn't be here trying to show off my skills to somebody," Linares said.

He's determined to stay outside Dodger Stadium for as long as it takes, and has been working out as much as he can on the streets, hoping the owners will give him a shot on the field.

"Short stop, second base, third base... Once again, I just want the opportunity to show them, not tell them," he said.

Linares says one of his inspirations was the iconic Jackie Robinson. He now hopes to follow in the footsteps of other Cuban players like Yasiel Puig and even has a message for him and other Dodger players: "I'm outside the L.A. Dodgers Stadium. Stop by, pick me up. Let's play catch. Let's get back in the field."