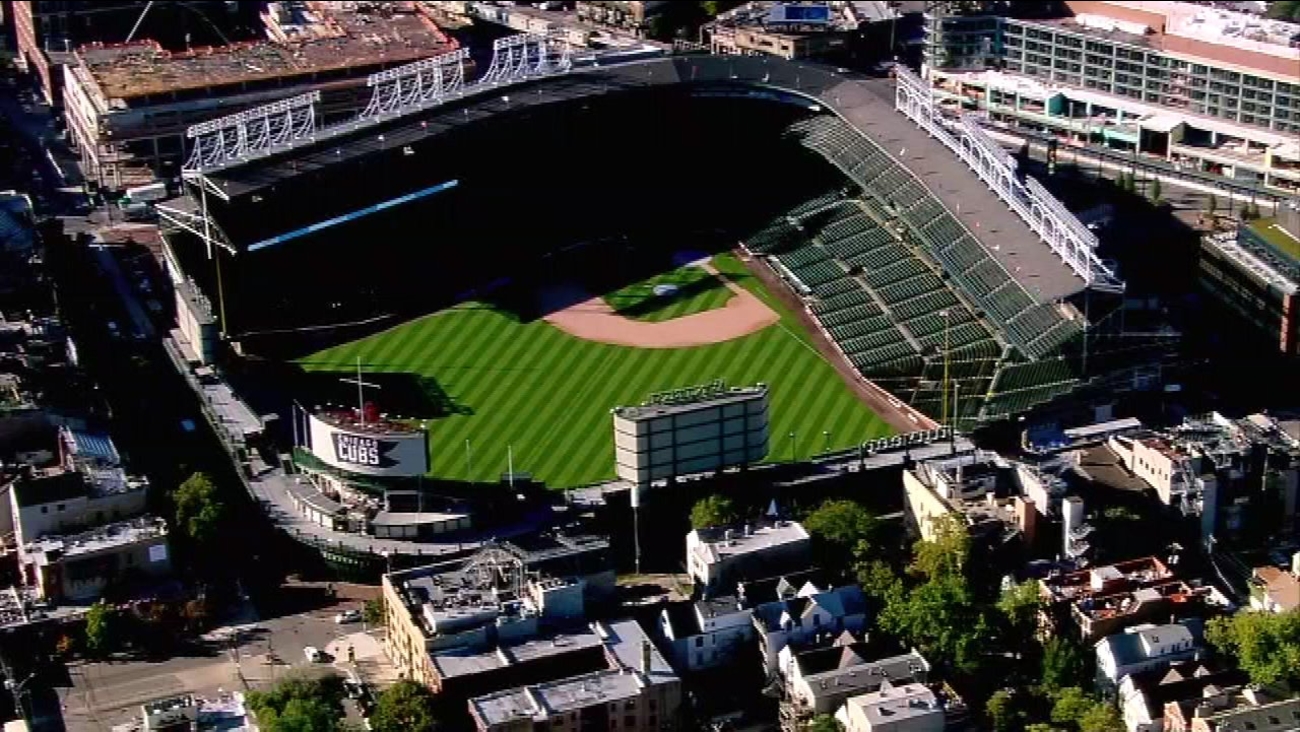 CHICAGO -- A man who was left blind in one eye - at least temporarily - and may ultimately lose the eye after a foul ball struck him in the face at Wrigley Field this summer has filed a lawsuit against the Chicago Cubs and Major League Baseball, alleging that they have failed to install enough safety netting to protect him and other fans.

At a Monday news conference 60-year-old John "Jay" Loos said he has undergone three surgeries to repair his severely damaged left eye and the five bones in his face shattered by the foul ball that struck him as he sat down the first-base line during a game between the Cubs and the Pittsburgh Pirates on Aug. 29.

"I had no idea that you were subjected to such missiles," said Loos, whose eye was heavily bandaged. "You could be there with a mitt and you wouldn't have been able to react in time."

With the lawsuit, Loos joins a growing chorus of critics who after recent incidents to call on Major League teams to extend the safety netting farther down the lines to protect fans sitting there like the netting that protects the fans sitting behind home plate. There also was an incident last month at New York's Yankee Stadium in which a 2-year-old was struck in the face by a line drive foul ball.

"Fans are the life-blood of Major League Baseball (and) there should be nothing more important than their safety," said Loos, a resident of the Chicago suburb of Schaumburg.

After the girl was hit in New York, Major League Baseball Commissioner Rob Manfred said MLB had in recent seasons worked with teams to expand netting in ballparks and would "redouble our efforts on this important issue."

A spokesman for the Cubs said the team had not seen the lawsuit but declined comment. Days after the child was struck in New York, Cubs President of Business Operations Crane Kenney said the team would extend the netting already in place by at least 30 feet down lines. And on Monday, an attorney for Loos, Colin Dunn, said he'd contacted the Cubs and was encouraged by what they said. He declined to elaborate.