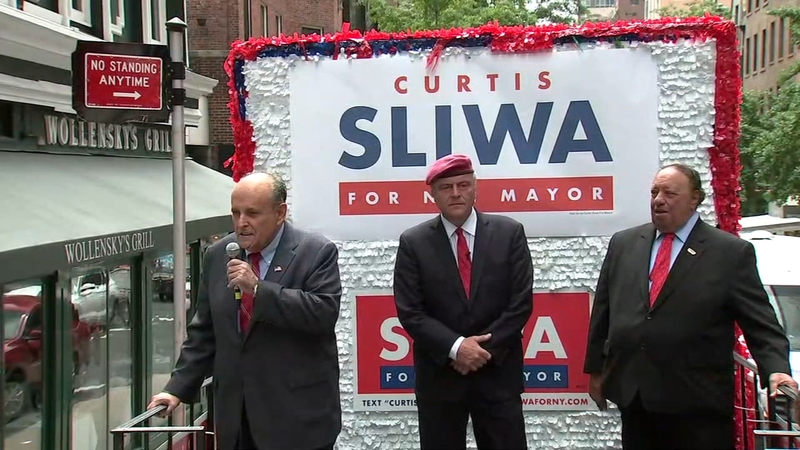 Giuliani says Sliwa is the only candidate who can solve the crime problem in the city.

"When the real voting starts, I want to make sure every Republican comes out to vote," Giuliani said. "Do not listen to, 'A Republican can't win.' That's media propaganda. That's Democrat propaganda."

Sliwa says if he's elected mayor, he will improve safety in schools, subways, and on the streets.

The Guardian Angels founder also said he will work to rollback bail reforms and keep Rikers Island open rather than following through on plans to close it.

Sliwa will have to beat Fernando Mateo, president of the New York State Federation of Taxi Drivers, before he can face off against the winner of the Democratic primary.