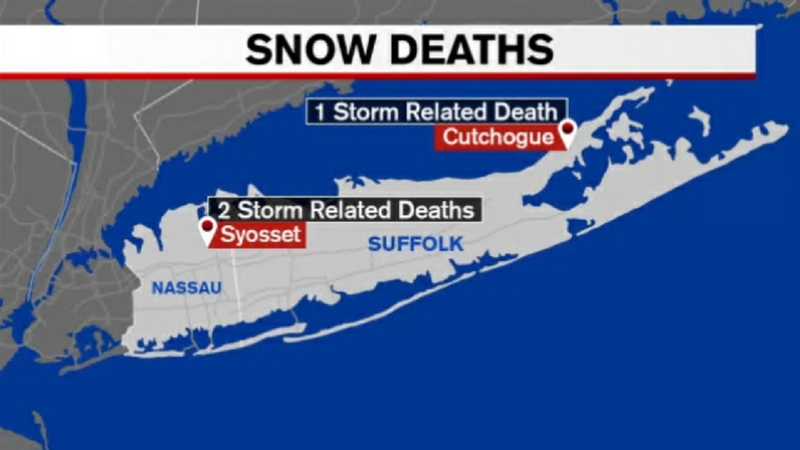 CUTCHOGUE, Long Island (WABC) -- An elderly man who drowned after falling into a pool was one of three people who died while shoveling snow on Long Island Saturday.

Responding officers rushed to the scene and tried to save him.

They pulled the unconscious man from the pool and began CPR with assistance from the Cutchogue Fire Department.

He was taken to Stony Brook Eastern Long Island Hospital where he was later pronounced dead.

Police officers responded to Barbara Drive just after 2:30 p.m. where a 75-year-old man had collapsed while shoveling snow.

Members of the Syosset Fire Department performed CPR and took the man to North Shore Syosset Hospital where he died.

Later, just before 10:40 p.m., officers responded to Belmont Circle where a 53-year-old man was unresponsive lying on his back with a shovel beside to him.

He was also taken to North Shore Syosset Hospital where he was pronounced dead.