Arrest made in fatal shooting of 1-year-old Davell Gardner, Jr. at cookout in Brooklyn 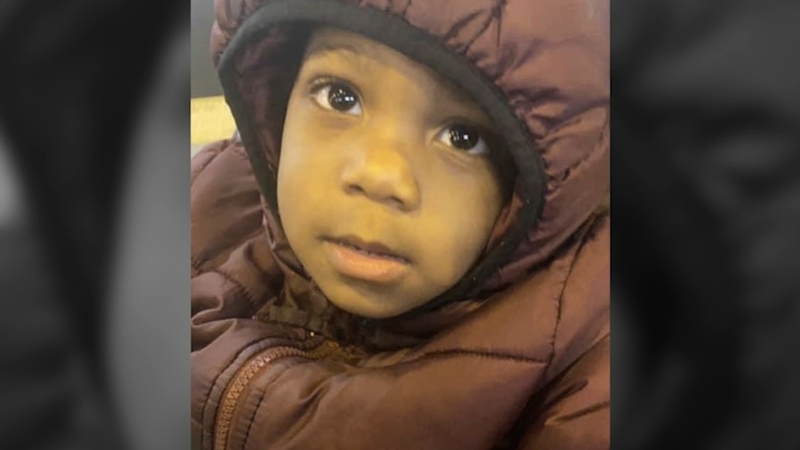 BEDFORD-STUYVESANT, Brooklyn (WABC) -- Police have made an arrest in the fatal shooting of a 1-year-old boy last summer.

Dashawn Austin, 25, has been arrested in connection with the death of Davell Gardner, Jr.

"This is a powerful moment of justice," Mayor Bill de Blasio said of the arrest. The mayor recounted spending time with the boy's mother and grandmother and said, "It was just the most heartbreaking thing in the world."

The 1-year-old boy was struck by a bullet when shots rang out on July 12, 2020, during a cookout near the Raymond Bush Playground in Bedford-Stuyvesant.

Police say two gunmen dressed in black walked up and fired several bullets before fleeing. Little Davell was shot in his abdomen and died from his injuries. Three others were also shot and wounded.

The boy was just two months shy of his second birthday.

There were no words exchanged or dispute before the shots were fired, according to investigators.

In September, the boy's father had released an emotional plea to for the gun violence to end.

He was already in custody for another fatal shooting, outside a Brooklyn strip club.

Austin is also a reputed member of a gang. He's one of 18 people named in a 63-count indictment, solving four murders and eight non-fatal shootings.

A second person is also in custody in Davell's death and awaiting extradition.

"That's part of the long-term investigations our great detectives have been handling. There were numerous subjects apprehended, various acts of violence, and two specifically for the homicide of Davell Gardner. As most of you remember, July 12th, a very dark day, when the one-year-old was met with his demise as a result of the simple recklessness of those gang members, who are now taken off our streets," said Chief of Patrol Juanita Holmes, NYPD.

Ten of the 18 indicted are charged with murder.

"The most high profile homicide in this indictment is the most heartbreaking, 22-month-old Davell Gardner, Jr. sitting in his stroller was shot and killed," Brooklyn District Attorney Eric Gonzales said, "Today I can announce we have indicted two offenders who were responsible for Davell's homicide."

"We alleged Dashawn Austin was one of the shooters. His co-conspirator, Akeem Artis, drove him to the park to conduct the shooting, we've also indicted. He was the driver of the vehicle," Gonzales said.

The district attorney said that the gang is known for using a three-car caravan to commit shootings. Each of the cars has a unique role. "The blocker car blocks responding police. the chaser cars to speed off, to get police to chase them. The third car is the shooter car, which contains the gunman," Gonzales said.

In this particular crime, the gang allegedly circled the block around Madison Street. "We learned the vehicle pulled over, let out two men, our shooters. One was Dashawn Austin. Another vehicle, a white Mercedes, went up the block. Those two men began to shoot indiscriminately. The man wearing the hood, the white hood on the camera, we allege that is Dashawn Austin. Both men are shooting, and as you see in the video, people are scattering, running for their lives," Gonzales said.

The district attorney said that the gang used a phone app with encrypted instant messages and group chats to set up murders. Their home base is in city-run public housing, but their reach extends far beyond Bedford-Stuyvesant.