The 35-year-old convicted killer appeared in court Friday morning, with a shaved head -- a very different look from his Aug. 20 hearing. He also no longer wore a sling from his gunshot injuries and he politely answered a series of questions from the judge.

He pleaded guilty to two felony counts of first-degree escape and a felony count of promoting prison contraband for possessing hacksaw blades used to cut his way out.

Here's a comparison of how Sweat's look has changed since his August hearing: 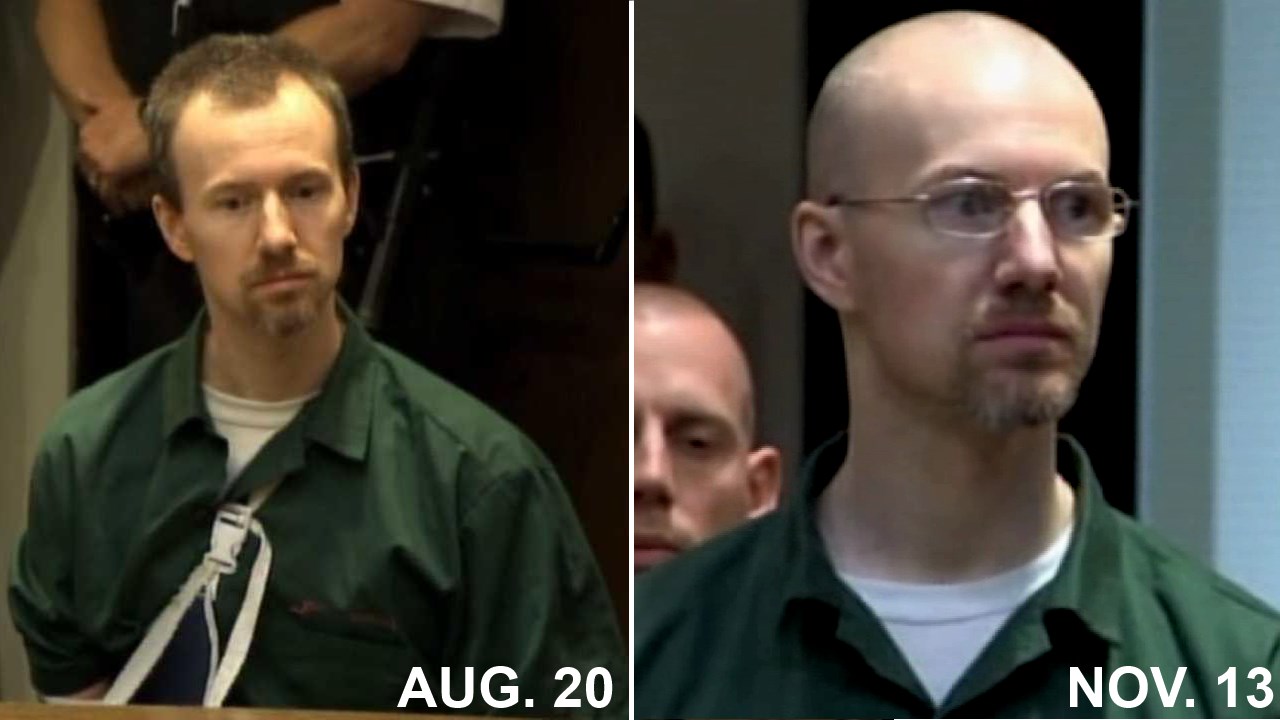 He no longer wore a sling from his gunshot injuries, his head was shaved and he politely answered a series of questions from the judge.