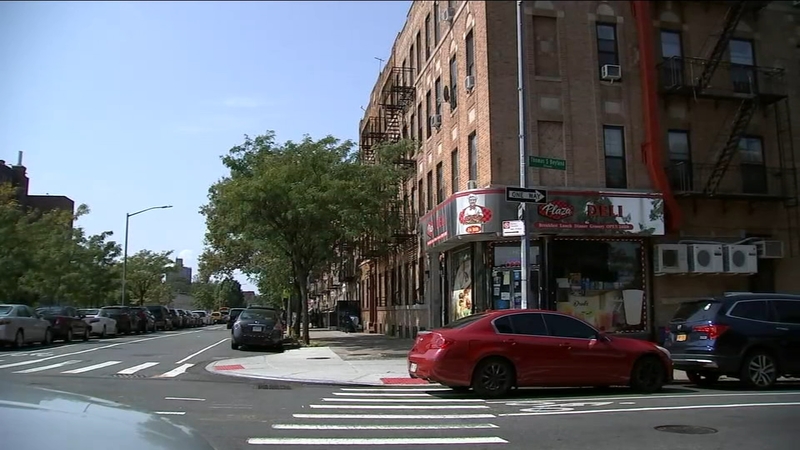 BROWNSVILLE, Brooklyn (WABC) -- Police in Brooklyn arrested a woman in the fatal crash of a woman who was walking on the sidewalk.

It happened on Tuesday, August 24, at 9:23 p.m. near Thomas Boyland and Pacific streets.

She allegedly struck a 50-year-old man and 70-year-old Brenda Whidbee.

Good Samaritans say that she drove off on Pacific Street after the crash, but they were able to hold her there until police arrived.

The 50-year-old man who was hit was not there when police arrived.

Whidbee, a grandmother of two, was rushed to Brookdale Hospital where she was pronounced dead.

"She loved her grandkids, she loved her family, she loved life," the victim's son-in-law, Lee Nelson, said. "You really don't want to know how I feel because the wrong person is in the ground right now, period."

Adredini is now facing charges of murder and attempted murder.

Witnesses say Adredini was arguing with a man moments before the crash and appeared to aim her SUV at him when she jumped the curb.

"She was arguing with this man about something girlfriend/boyfriend," witness Sheila Richards said. "He said 'you just killed those people' and she kept arguing like she didn't hear him."

MYSTERY SOLVED: A lost painting that is believed to date back to the 17th century was found in a New York church and now will be on display for all to see.