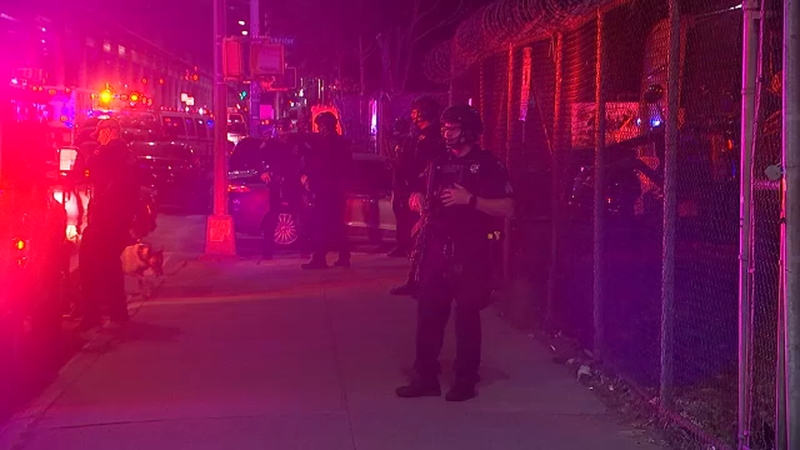 CROWN HEIGHTS, Brooklyn (WABC) -- Officials say a suspect has died and several others -- including two NYPD officers -- were injured during a police shooting in Brooklyn.

The incident was reported Tuesday night after 9 p.m. at the Kingsborough Houses at Rochester Avenue and Bergen Street.

Officers found the suspect up the block hiding behind trees with a gun in his hands.

Police ordered him to drop the gun for over a minute, and when he did not comply, approximately 10 officers fired their weapons, officials aid.

The original gunshot victim was taken to a local hospital and was said to be stable.

A couple police officers ended up having minor injuries from to the response.

Police said an illegal gun was recovered at the scene.

Currently in Brooklyn at the scene of a police-involved shooting. When officers arrived at Rochester Avenue & Bergen Street, they observed a male shot. They then engaged an armed man and discharged their weapons, striking the man. An illegal gun was recovered at the scene. pic.twitter.com/ecUhYujLBE

The incident is not related to any of the protests or riots.