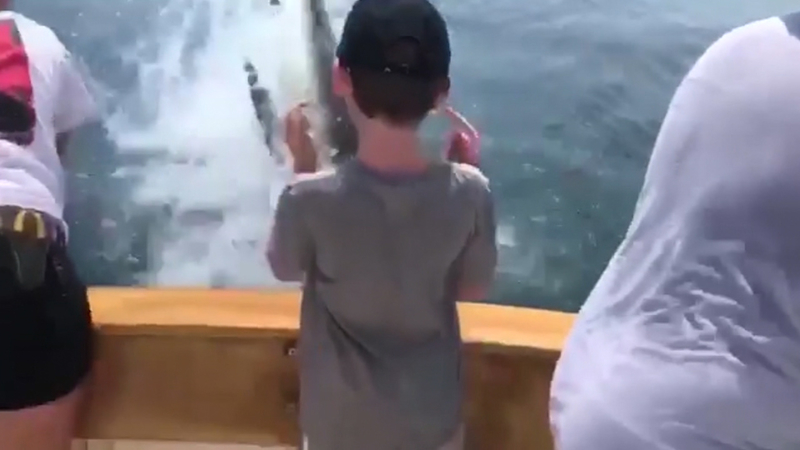 ORLEANS, Mass. -- A family fishing in Cape Cod Bay got up close and personal with a great white shark that leaped out of the water to snatch a fish they had caught right off the line.

Doug Nelson caught the leaping shark on video on Saturday, July 20. His son Jack and others aboard the boat can be seen in the video recoiling as the shark breaches.

The Atlantic White Shark Conservancy confirmed it was a great white, as did Marc Costa, captain of the Orleans-based Columbia Sportfishing vessel.

The boat was about three miles west of Great Island in Wellfleet when the shark made its leap, Costa added.

On Instagram, Columbia Sportfishing joked that it was a "real-life episode of Shark Week."