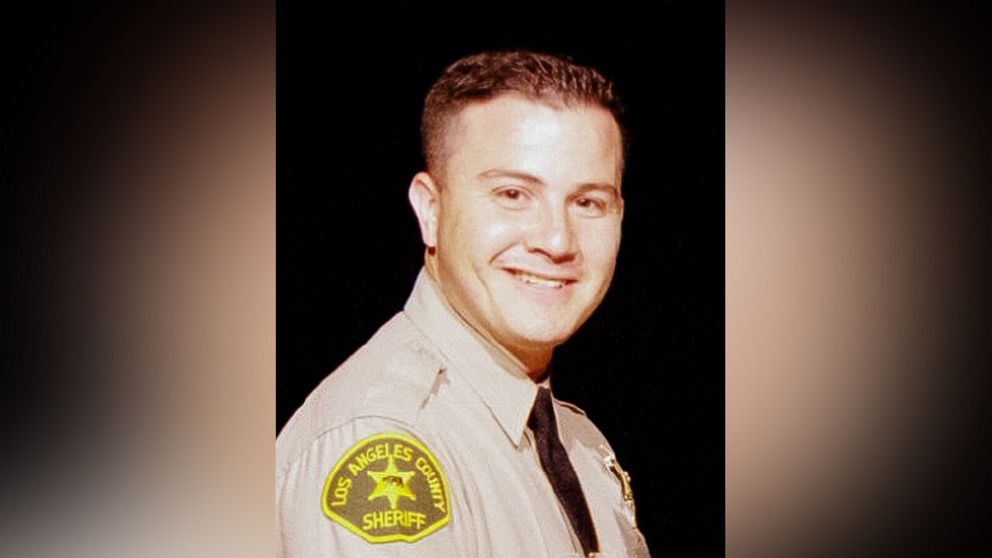 A Los Angeles County sheriff's deputy who was shot in the head at a fast food restaurant has died from his injuries, the department's sheriff said Wednesday night.

Deputy Joseph Gilbert Solano, a 13-year veteran, was off-duty at a Jack in the Box in Alhambra when he was shot about 5:45 p.m. on Monday, the sheriff said.

The attack was caught on surveillance video.

Solano, 50, was "in grave condition on life support" Tuesday night, the sheriff said.

In a statement, Villanueva described Solano as a huge USC football fan and a "kind-hearted, generous person who is always willing to help others before himself."

Rhett Nelson, a 30-year-old from Utah, was arrested on Tuesday as a suspect in the shooting, the sheriff said.

Now, authorities are releasing Nelson's photo as they look into if he may have been involved in other crimes in California, the sheriff said Wednesday.

Nelson may be responsible for the murder of a 30-year-old man in Los Angeles that occurred about one hour before Solano was shot, said Los Angeles Police Chief Michel Moore.

On Tuesday morning, before Nelson was taken into custody, he went to a church in Long Beach where he called his father and allegedly "referenced that he killed two," the sheriff said.

It does not appear Nelson knew Solano, authorities said, adding that the off-duty deputy was not wearing anything to identify himself as an officer.

Nelson arrived in Southern California from Utah the first week of June, authorities said. He had been a missing person in Utah, the sheriff said.

Nelson is being held on $2 million bail, ABC Los Angeles station KABC-TV reported. It was not immediately clear if he had an attorney. He is due to appear in court on Thursday.