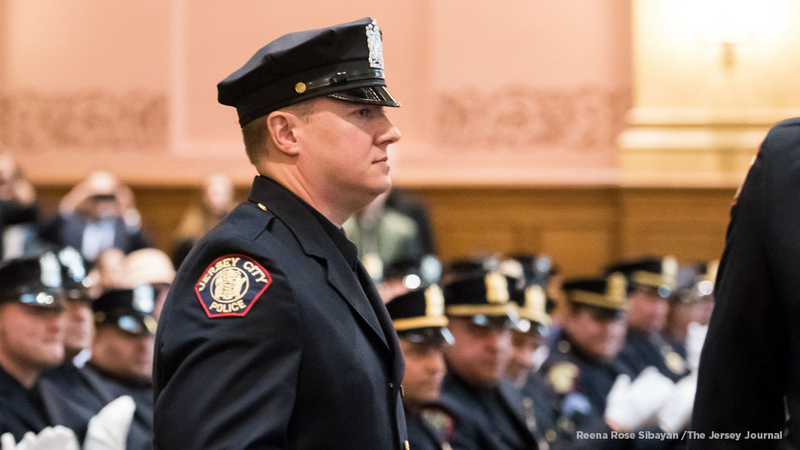 JERSEY CITY, New Jersey (WABC) -- A wake was held Monday for the Jersey City police officer who was killed in the line of duty last week.

Family, friends and fellow officers paid their respects to Detective Joseph Seals, a 13-year veteran of the force who leaves behind a wife and five children who no longer have their father.

"It's terrible when you hear, 'I want my daddy, I want my mommy,'" Chaplain Greg Boyle said. "It really strikes at the heart...It's also important that we say good and evil is a challenge that humanity has always faced. And when you accept the job wearing the badge that there may be a day when the most horrible regretful situation happens in your own house."

Hundreds attended the viewing, which took place from 2 p.m. to 7 p.m. at McLaughlin Funeral Home on Pavonia Avenue in Jersey City.

A funeral Mass will be held at 11 a.m. Tuesday at St. Aedan's Church on Bergen Avenue, with burial to follow.

Det. Seals was gunned down at Bay View Cemetery Tuesday, murdered by two suspects who went on to kill three others in a Jewish supermarket before being killed by police, according to authorities.

The Stephen Siller Tunnel to Towers Foundation announced Friday that it would pay off the Seals' mortgage, and an official official GoFundMe page in support of the Seals family had raised more than $500,000 as of Monday morning.