2 sheriff's detainees die when van is swept away by flooding in S. Carolina 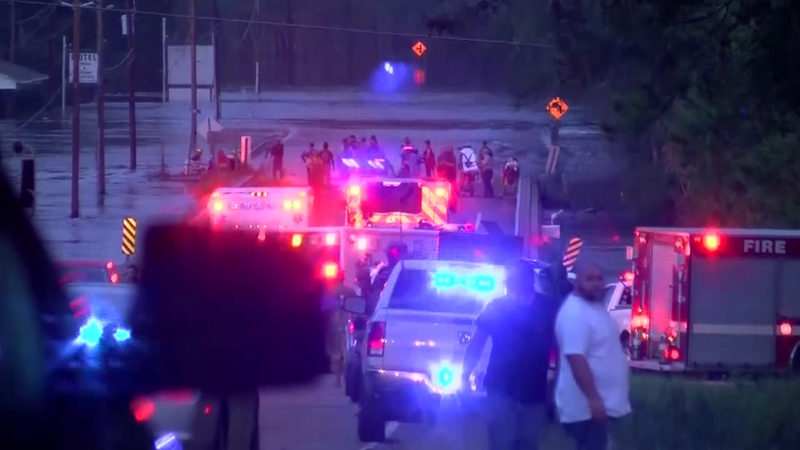 Authorities confirm two detainees drowned when a van was swept away in rising flood waters in South Carolina.

Horry County Sheriff's Department spokeswoman Brooke Holden says a sheriff's office van was carrying two detainees and two deputies from Conway to Darlington on Tuesday night when it was overtaken by flood waters. Officials say the van was traveling near the Little Pee Dee River, one of the bodies of water officials in South Carolina are watching closely as water continues to pour into the state from upriver in North Carolina following the heavy rains of Florence.

Marion County Coroner Jerry Richardson confirmed to AP earlier Tuesday that two women died in the incident. Their names have not been released.

Holden says the deputies tried to get the detainees out but couldn't open the doors. High-water rescue teams plucked the deputies from the top of the van.

The incident is being investigated by the State Law Enforcement Division.