Brian Murphy also says he was pressured by Department of Homeland Security leaders to make his intelligence reports reflect the priorities of the Trump administration.
AP
By Ben Fox
WASHINGTON -- A Department of Homeland Security official said in a whistleblower complaint that he was pressured by more senior officials to suppress facts in intelligence reports that President Donald Trump might find objectionable, including information about Russian interference in the election and the rising threat posed by white supremacists.

The official, Brian Murphy, alleged that senior DHS officials also pressed him to alter reports so they would reflect administration policy goals and that he was demoted for refusing to go along with the changes and for filing confidential internal complaints about the conduct.

Murphy, a former FBI agent and Marine Corps veteran, was demoted in August from his post as principal deputy under secretary in the Office of Intelligence and Analysis. He is seeking to be reinstated in a complaint filed with the DHS Office of Inspector General.

Rep. Adam Schiff, chairman of the House Intelligence Committee, on Wednesday released the complaint, which he said contained "grave and disturbing" allegations. He said Murphy has been asked to give a deposition to Congress as part of an investigation into intelligence collection by DHS related to its response to protests in Portland, Oregon, and elsewhere.

"We will get to the bottom of this, expose any and all misconduct or corruption to the American people, and put a stop to the politicization of intelligence," the California Democrat said.

A Homeland Security spokesman, Alexei Woltornist, said the department generally does not comment on referrals to the inspector general but denied Murphy's allegations. "DHS looks forward to the results of any resulting investigation and we expect it will conclude that no retaliatory action was taken against Mr. Murphy," he said.

The complaint came the same day that acting Secretary Chad Wolf, who has been nominated by Trump to lead the agency, gave a "state of the Homeland" speech in which he said DHS is working to thwart election interference from any foreign power and all threats regardless of ideology.

"DHS stands in absolute opposition to any form of violent extremism whether by white supremacist extremists or anarchist extremists," Wolf said. "We will continue our daily efforts to combat all forms of domestic terror."

A DHS report obtained exclusively by ABC News raises questions about how the Trump administration is dealing with possible Russian interference in the 2020 presidential election.

Murphy said in his complaint that he was directed by Ken Cuccinelli, the acting deputy DHS secretary, to modify a section of a report to make the threat posed by white supremacists less severe. He was told to play up the threat posed by left-wing groups to echo administration talking points around civil unrest following the protests over the killing of George Floyd.

Murphy said he refused to alter the report because doing so would "constitute an abuse of authority and improper administration of an intelligence program." He was then taken off the project.

He said he made a number of reports on Russian disinformation efforts to senior DHS and administration officials between March 2018 and March 2020. The details are classified and not included in the whistle-blower complaint.

Then, in July, Wolf told him to hold back any reports on Russian election interference because they "made the president look bad," according to the complaint. He also said Wolf told him to report on interference by China and Iran, instead of Russia, and those instructions came from White House national security adviser Robert O'Brien. Murphy said he objected and was excluded from future meetings on the subject.

Trump has repeatedly resisted claims of Russian interference, including doubting findings by U.S. officials and lawmakers that Russia meddled in the 2016 campaign to help him and sow chaos in the electoral process. He has dismissed reports that Russia is continuing to interfere in the 2020 race, claiming that China is the more pernicious threat, even though a statement from intelligence officials last month said Moscow was directly trying to undermine Democrat Joe Biden.

Murphy said that, after he was removed from working on a DHS intelligence report, a draft was leaked to the media in which Russia's interference was placed on an equal footing as activities by Iran and China in a way that was "misleading and inconsistent with the actual intelligence," the complaint said.

Murphy came to DHS in March 2018 from the FBI, where his career included being assigned to the New York field office on Sept. 11, 2001. In his complaint, he alleged that efforts to manipulate the intelligence he oversaw started under former Secretary Kirstjen Nielsen.

He said Nielsen and her deputies pressed him to vastly overstate the number of migrants apprehended at the southwest border who have confirmed links to any terrorist organization. That occurred as the Trump administration was rolling out tougher measures against illegal immigration. Murphy said he declined to confirm an inflated figure, saying to do so would be not only improper but illegal. The secretary nonetheless provided the incorrect figure to Congress.

Cuccinelli, he said, pressed him to change reports on conditions in El Salvador, Guatemala and Honduras as the administration was seeking to halt a surge of people seeking asylum from Central America at the U.S.-Mexico border.

"Mr. Cuccinelli expressed frustration with the intelligence reports, and he accused unknown 'deep state intelligence analysts' of compiling the intelligence information to undermine President Donald J. Trump's policy objectives with respect to asylum," he said in the complaint.

Murphy said that over the summer he was instructed by Wolf and Cuccinelli to alter assessments on protests to make sure "they matched up" with Trump's statements on the involvement of antifa and anarchists in the demonstrations in Portland and elsewhere. He said he told them he would only report accurate information.

Shortly thereafter, Wolf reassigned him to the management division. That followed media reports that Murphy's unit collected information on journalists covering the DHS response to the protests. Murphy said the reports were incorrect and Wolf agreed but said it would be "politically good" to move him while the acting secretary hoped to be nominated to the secretary post by Trump.

The complaint, which also asks that officials who retaliated against Murphy be given written reprimands, was filed by Mark Zaid, a prominent attorney who also represented the whistle-blower who spurred the Trump impeachment inquiry.

Zaid said in a statement that Murphy "followed proper, lawful whistleblower rules in reporting serious allegations of misconduct" and would cooperate with congressional investigations into the matter, especially in a classified setting.
Report a correction or typo
Related topics:
politicsdepartment of homeland securityrussiawhite supremacistsu.s. & world2020 presidential electionpresident donald trump
Copyright © 2020 by The Associated Press. All Rights Reserved.
DEPARTMENT OF HOMELAND SECURITY 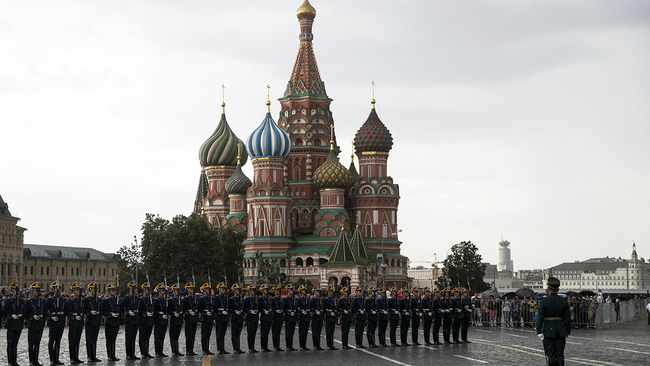 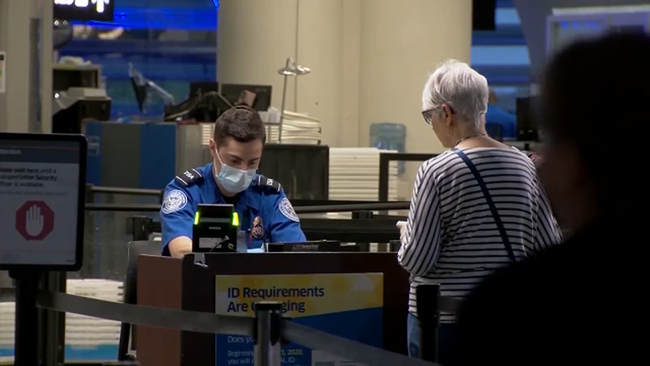 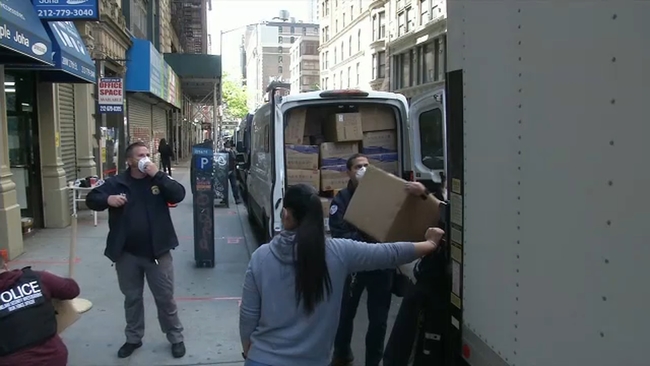 What to know about Amy Coney Barrett, Trump's SCOTUS pick