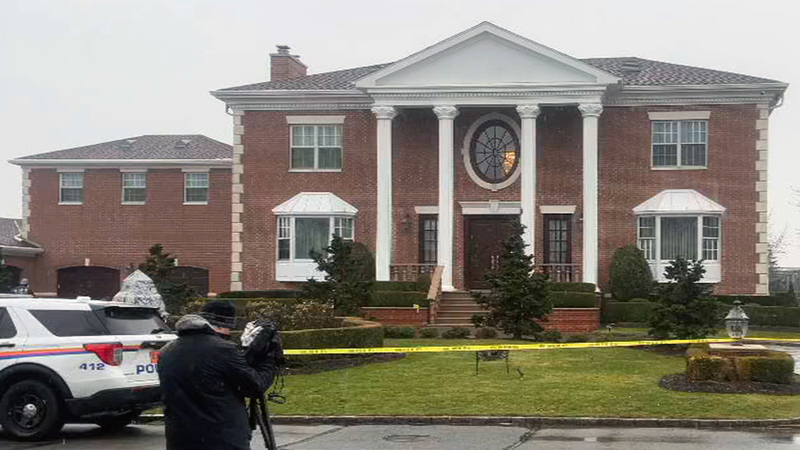 Son accused of shooting parents on Christmas in LI mansion

HEWLETT HARBOR, Long Island (WABC) -- A personal trainer and social media bodybuilding influencer is accused of shooting both his parents in their Long Island mansion on Christmas Day during a dispute over the custody of his child.

Dino Tomassetti, 29, was arrested in New Jersey the same day as the shooting, after the Brooklyn resident was tracked to Mahwah.

He was extradited back to Nassau County and is charged with two counts of second-degree murder.

Authorities say he also beat his father over the head with the gun after he ran out of bullets.

The dispute was apparently based on the custody of Dino Tomassetti's 1-year-old child with his wife, from whom he is separated, and apparently dispute escalated when Dino attempted to take the child.

"It had to do with custody and taking the child," Nassau County Police Commissioner Patrick Ryder said. "It's Christmas morning. The man wanted to take his 1-year-old away from parents and the natural mother, which he did not have custody to. And there's where the argument started."

Both the child and the child's mother were in the room when the shooting happened. Police said they were not physically injured.

The parents survived, and both have been released from the hospital and are recovering.

The child remains with the mother.

Eyewitness News reporter Kristin Thorne sat down with incoming Nassau County Executive Bruce Blakeman to talk about his plans for his tenure.