Go behind the scenes of action sequences, 'heart-racing' stunts in 'Jungle Cruise' 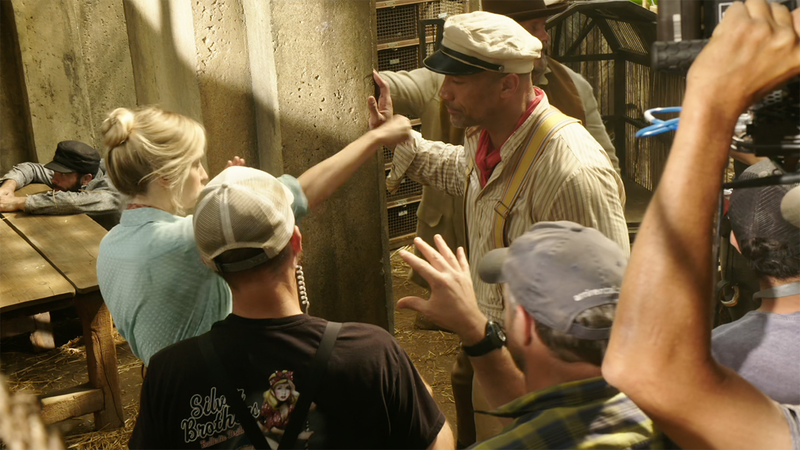 Go behind the scenes of 'heart-racing' stunts in 'Jungle Cruise'

LOS ANGELES -- It took an unimaginable about of expertise (and some movie magic) to pull off stunts and action sequences like those in Disney's upcoming film "Jungle Cruise," but Dwayne Johnson and Emily Blunt were up for the challenge.

"Doing a stunt is always a lot of fun, but it's always a lot of fun when you have actors who are willing and excited to actually engage in the stunt," Johnson, who plays Frank and is also a producer on the film, said in a new featurette. Watch it in the player above for a behind-the-scenes look at the film's action sequences.

"Everything feels massive," Johnson added. "The stunts feel epic and sweeping and heart-racing."

The actors star in a fun adventure story based on one of the original rides at Disneyland.

The adventure film, based on the popular Disney theme park attractions, follows riverboat captain Frank Wolff (Johnson) and scientist Lily Houghton (Blunt) on an epic adventure through the jungle as they hunt for a tree that is rumored to heal all but could "awaken a great evil" if it falls into the wrong hands.

"Lily is one of those characters who is so reckless that her action sequences are never slick," Blunt said of her character's stunt work. "She is so fearless that she just figures it out somehow on the way down, and she throws a good punch."

"Jungle Cruise" will be released in theaters and on Disney+ with Premier Access Friday, July 30. Click here to pre-order or get your tickets now.

A school custodian who graduated from college so he could fulfill his dream of becoming a teacher received the surprise of a lifetime live on "GMA."