It's part of a weeklong celebration leading up to new content releases on Disney+ Day on Friday.
OTRC 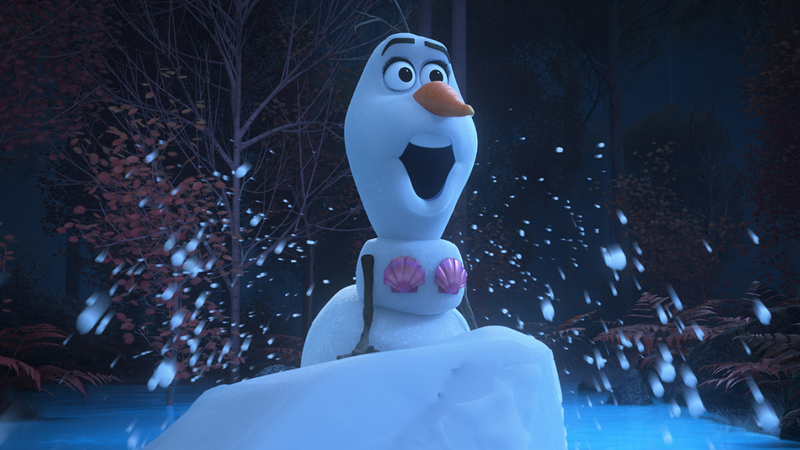 LOS ANGELES -- Disney is celebrating the two-year anniversary of its streaming service by offering one month of Disney+ for $1.99 to new and eligible returning subscribers, the company announced Monday.

The deal, which is available through Nov. 14, is part of a week-long series of experiences and other promotions. It all leads up Disney+ Day on Friday, when a host of original content is slated to premiere on the streaming service:

In addition to the new content, "Shang-Chi and the Legend of the Ten Rings" will have its streaming premiere on Friday, and "Jungle Cruise" will become available to all Disney+ subscribers.

Beginning at 9 a.m. ET Friday, fans can expect to see newly released first looks, trailers and other content from upcoming Disney+ shows and films. The releases will happen throughout the day on Disney+ social accounts and in the Disney+ app itself.

Disney+ will mark its birthday with Disney+ Day drops of new content, including the streaming premiere of "Shang-Chi and The Legend of The Ten Rings."

Other films and series slated to make their Disney+ premiere on Friday include the 2007 film "Enchanted," the Disney Channel Original Movie "Spin" and all episodes of "Fancy Nancy" season 3.

The celebration includes various exclusive perks and deals for Disney+ subscribers, including early admission to select Disney theme parks on Friday, free shipping from ShopDisney from Nov. 12-14, $0.99 eBooks from Disney Publishing Worldwide and more. On this ABC station, Disney is planning Disney+ Day surprises in special episodes of "Localish" and "On The Red Carpet" as well as on ABC's "Good Morning America" this Friday. Disney is also hosting pop-up events around the country, beginning today in New York City before moving to Nashville on Nov. 10 and Los Angeles on Nov. 12.

Disney+ launched on Nov. 12, 2019. It is the exclusive streaming home to decades of films and television episodes from across the Walt Disney Company's family of brands, including Pixar, Marvel, Lucasfilm, National Geographic and others.

Watch the trailer for "Home Sweet Home Alone," which will premiere on Disney+ for Disney+ Day on November 12.

"Since launching two years ago, Disney+ has captured the hearts and imaginations of audiences around the world with its best-in-class originals and robust library of beloved films and series," Kareem Daniel, the chairman of Disney Media and Entertainment Distribution, said in a press release announcing details of the celebration. "With Disney+ Day, we are creating an unparalleled experience for our subscribers as only The Walt Disney Company can."

Here's a look at some of the films and TV shows available to stream on Disney+.