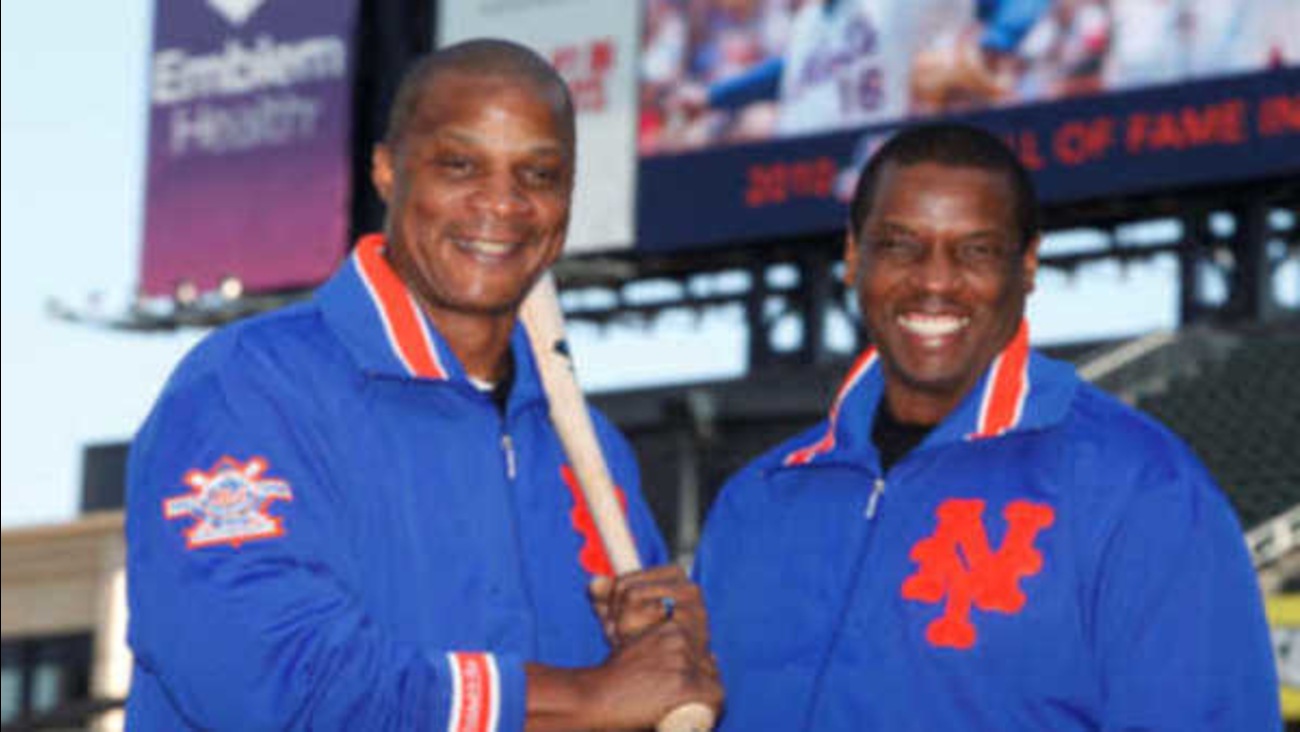 AP
NEW YORK (WABC) -- Back in 1986, both Darryl Strawberry and Dwight 'Doc' Gooden both played for the New York Mets and won a World Series. They also both battled drug addiction. 30 years later, one is now worried for the other's life.

Strawberry went public with his concerns that Gooden had relapsed in his cocaine addiction, and is spiraling out of control.

As for the former pitcher, Gooden denied there is anything wrong with him, and questioned his friendship with Strawberry.


Read the full statement from Dwight Gooden below:

"Darryl Strawberry and I played together for the New York Mets and the New York Yankees during some of the greatest seasons those baseball clubs ever had.

I had never failed to be there for Darryl Strawberry. I don't do cocaine and have not for years.

But Darryl has always made our differences personal, going back to our days with the Mets.

I had hoped we could keep these differences between us. But Darryl could not manage to do that. I am sorry for his inability to show more character and strength. While I was there for him, he obviously was never there for me.''
Related topics:
sportscocainenew york mets
Copyright © 2022 WABC-TV. All Rights Reserved.
TOP STORIES
Suspect paced Q train before fatally shooting man unprovoked: police
3 people killed in crash near catering hall on Long Island
Body of teen who disappeared while swimming in NJ reservoir found
Something strange is happening with our universe: NASA
NYPD searching for man behind Harlem stabbing
AccuWeather: Cooler start to the week
Buffalo mass shooting victims laid to rest one week after tragedy
Show More
Israeli flags fill Upper East Side for 'Celebrate Israel' Parade
78,000 pounds of infant formula arrives in US
NJ police impose curfew after large party gets out of hand
Suspect breaks into NYC apartment, stabs man to death
Empire State Building lit to honor Notorious B.I.G.'s 50th birthday
More TOP STORIES News