HEWLETT, Long Island (WABC) -- First responders came to the rescue of a dog that fell through the ice on Sunday morning.

Rescuers responded to the scene at Grant Park, at 1625 Broadway, just after 9 a.m.

His owner said it all happened when he ran out of the house while the door was still open toward the pond full of ducks. The ducks were in the middle of the pond where the water wasn't frozen.

Police say the 2-year-old golden retriever fell through the partially frozen pond and was struggling to stay afloat for 30 minutes.

Authorities found the dog's owner and were able to find the dog, appropriately named Lucky, who was struggling to stay afloat.

That is when rescue swimmers from the fire department were deployed and were able to safely reach the dog.

After he was pulled out, he ran across the ice back to shore and to his very relieved owner.

"To the police department and the fire department, they did such a great job, I will be thankful to them for all my life, they just treated the dog like more than a human being, like there was no difference," owner Kalanit Lebouvich said.
Lucky was rescued and taken to an animal hospital for evaluation.

By later Sunday evening, he was back home safe and warm and Lebouvich said he was doing great. 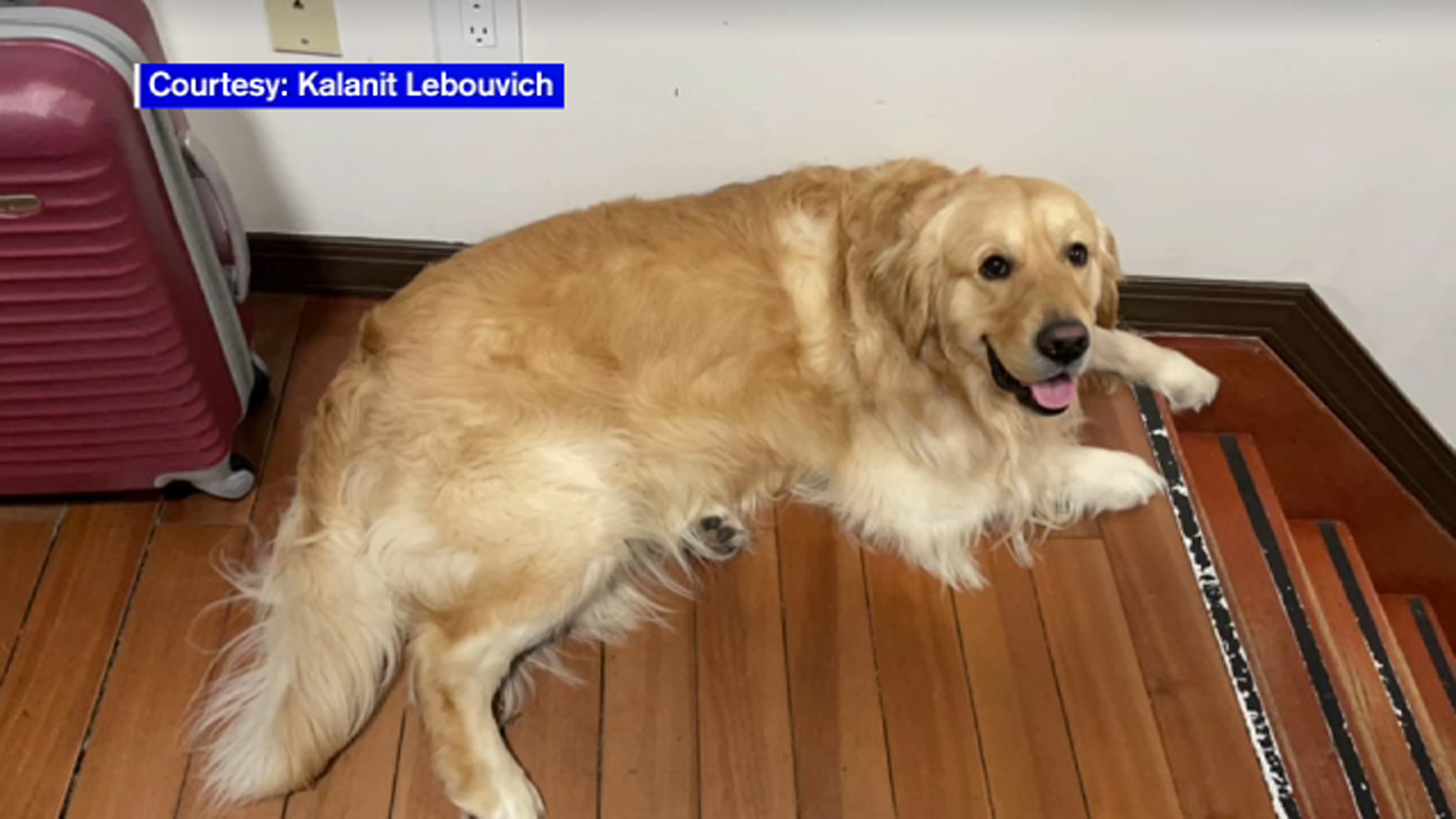 When Brian Myers suffered a stroke in January and collapsed on the floor, his rescue dog Sadie was right there to help save his life.