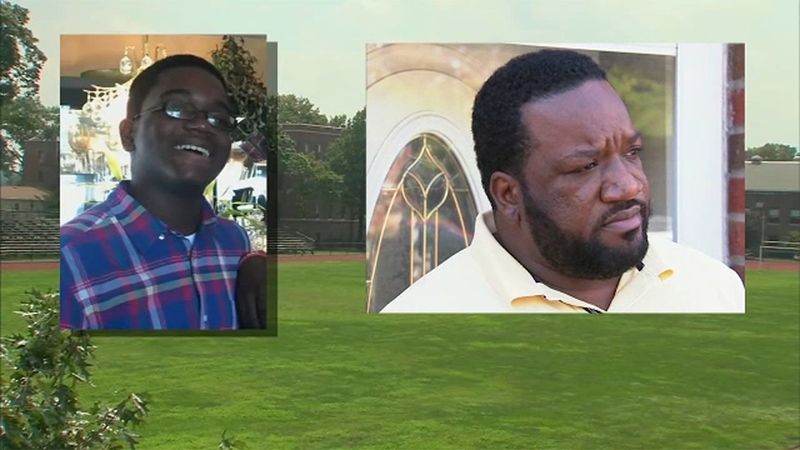 WAKEFIELD, Bronx (WABC) -- A grieving father is speaking out about his young son who suddenly died Tuesday during a high school football practice in the Bronx.

"He was my only child, my only son, and it's going to hurt for a long time," said Dorrick Bess, the victim's father.

They just spent the summer together at his home in Maryland. Dorrick Bess drove his 14-year-old son Dominick back to the Bronx this past weekend to prepare for his freshman year of high school and to start playing football for the very first time.

Day one, it was fine.

"He came home at night, he didn't complain. His mother probably asked him, 'How was it?' And he probably said, 'It's hard, but it's okay.' He didn't say if he couldn't make it or anything," Dorrick said.

But day two was much different. Around 9:30 a.m. Tuesday, Dominick collapsed while running sprints at Mount Saint Michael Academy in the Wakefield section of the Bronx.

"He was probably gasping for air and one of the kids said, 'Knowing him he's so obedient and quiet, he's going to try and please his coach,'" Dorrick said.

The 14-year-old gave out after his coach called for an extra lap.

"I can't be upset with the coach, he's just trying to do his job," Dorrick said.

Dorrick says his son didn't have a known heart condition, and has played outdoor sports in the Caribbean.

So he and the family are at the Medical Examiner's whim, to find out how an intelligent, vibrant teen can go so fast.