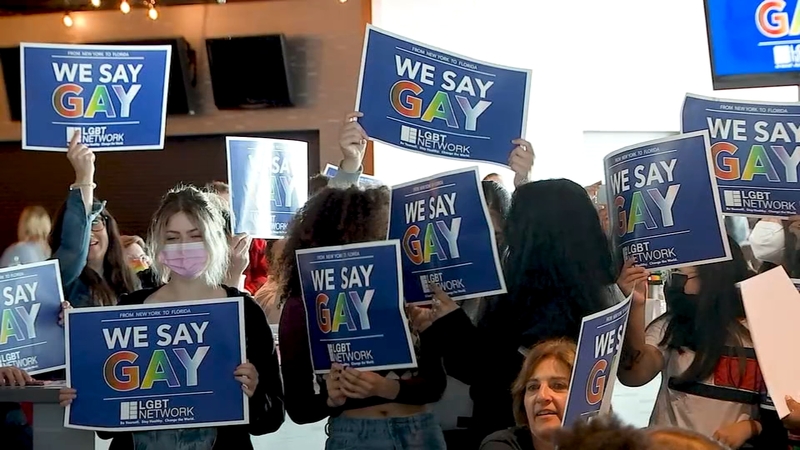 Hundreds of students hold 'We Say Gay' rally in NYC

The measure prevents discussion of sexual orientation or gender identity in kindergarten through grade 3, or in a manner that is not what the state considers age-appropriate.

Critics say the clause is vague and opens the door for targeting students of all ages.

Florida Governor Ron DeSantis is leaning toward signing the bill, and the potential ramifications are top of mind of many students who gathered for a day of networking and empowerment.

"It's crazy that they actually made a law that says that you can't say the word 'gay' in school, which in insane," Sayville High School Sophomore James Talbot said.

Those in attendance said they were rallying to LGBTQ youth and declare -- loudly and proudly -- that "We Say Gay."

"It makes me feel like there are still things to change about the government and just America in general and acceptance in general," Landmark High School senior Chelsea Franklin said. "It's really crazy that people can tell you what not to say, especially when it has such an effect on the whole community."