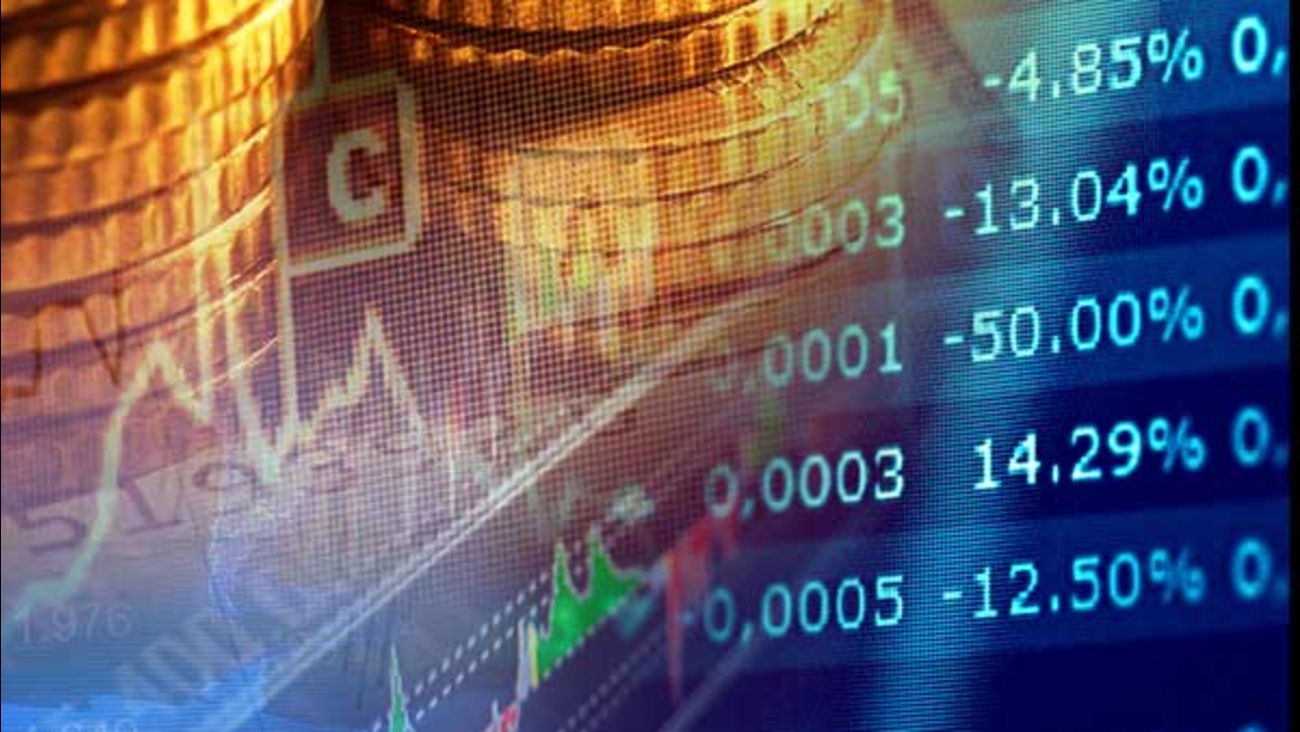 U.S. stocks jumped Monday as the price of oil surged again, lifting energy stocks as well as mining and chemicals companies. Indexes in Europe and Asia also rose as investors hoped for stimulus to strengthen the economies of those regions and boost sales of energy, building materials and other goods.

The price of U.S. oil rose more than 6 percent after a group of oil-importing countries said energy stockpiles will grow at a slower pace. Metals companies Alcoa and Freeport-McMoRan climbed as investors hoped a stronger global economy will mean greater demand for their products. Amazon led a rally in consumer stocks.

This year stocks have moved up and down with the price of oil, which means they have mostly gone down. On Monday the International Energy Agency that it doesn't expect oil prices to recover significantly until 2017, but it expects slower growth in global supplies.

"Stock market prices and oil prices have been tracking each other like a shadow through the first part of the year," said Michael Scanlon, managing director and portfolio manager for John Hancock Asset Management.

Scanlon said that usually doesn't happen for long stretches. He that when oil prices fall, investors get tend to get concerned about the health of the global economy, and when prices rise, they are reassured.

Last week was the best of the year for the major U.S. indexes, and Monday's gains bought the Dow and the S&P 500 to their highest levels since Jan. 6. Still, both indexes are down almost 5 percent this year.

Chemicals and mining companies have also struggled as investors worried that the global economy is losing steam. Those stocks climbed Monday, with aluminum producer Alcoa up $1.03, or 13.2 percent, to $8.91. That was its biggest one-day gain in almost seven years. Metals producer and oil and gas company Freeport-McMoran added $1.01, or 14.6 percent, to $7.93. Freeport-McMoran stock has nearly doubled in value since mid-January, when it hit its lowest price in a decade.

Finance ministers from the Group of 20, an organization of wealthy and developing economies, is also meeting this week, and investors hope that will lead to moves that strengthen the world economy.

Quincy Krosby, a market strategist with Prudential Financial, said investors are hoping the governments of Japan and China as well as European leaders will increase spending, leading to higher demand for commodities like metals and chemicals.

"Expectations are that we will see more fiscal stimulus," she said. Krosby said investors are also in a buying mood because they feel more certain that the Federal Reserve won't raise interest rates next month.

Consumer stocks made large gains. The biggest went to e-commerce company Amazon, which said Monday that shoppers who are not members of its Prime loyalty program will have to make larger orders to get free shipping. The move could push more shoppers to sign up for a $99-a-year Prime membership. Its stock climbed $24.60, or 4.6 percent, to $559.50.

Starbucks, too, rose after making changes to its customer rewards program. The coffee chain said shoppers who spend less money won't get as many freebies. Its stock added $1.20, or 2.1 percent, to $58.87.

Lumber Liquidators plunged $2.81, or 19.8 percent, to $11.40 after the U.S. government said people exposed to some types of its laminate flooring were three times as likely to get cancer as it had originally predicted. Lumber Liquidators has plunged 80 percent over the last year after CBS's news show "60 Minutes" reported that those floors contain high levels of the carcinogen formaldehyde.

Health insurers UnitedHealth and Humana climbed after a government analysis suggested that payments rates for a key type of health plan will be better than expected. The update concerns Medicare Advantage plans, which are privately-run versions of the government's Medicare program for people who are over 65 or disabled. UnitedHealth gained $3.59, or 3.1 percent, to $121.27 and Humana added $6.41, or 3.9 percent, to $171.75.

Food service company Sysco Corp. said it will buy Europe's Brakes Group for $3.1 billion. Last year Sysco gave up on an effort to buy U.S. Foods for $3.35 billion after the Federal Trade Commission opposed the deal. Sysco gave up $2.20, or 4.9 percent, to $42.79.

The pound fell 1.5 percent as London Mayor Boris Johnson said he believes Britain should leave the European Union. Prime Minister David Cameron wants to keep the country within the 28-nation bloc, and voters will hold a referendum in June.

Analysts say the "stay" campaign is still likely to win, but the prospect of prolonged uncertainty is unnerving some investors.