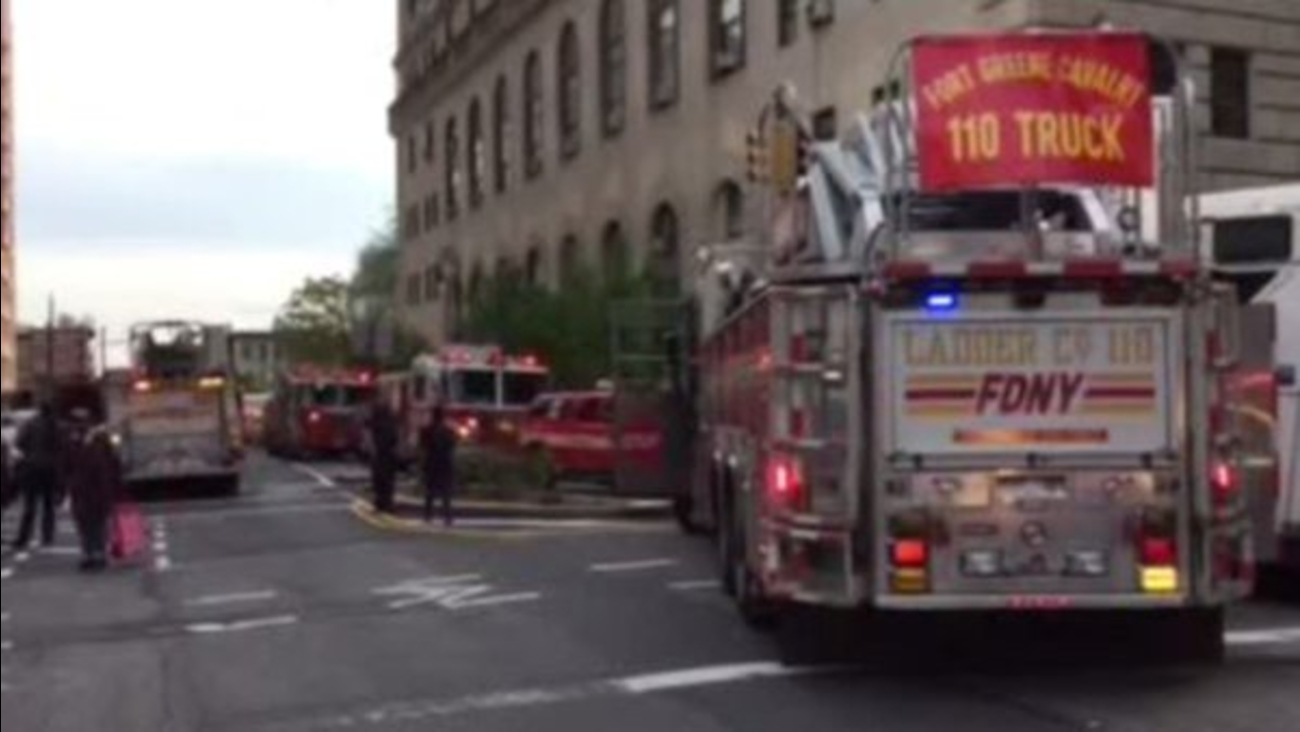 Eight state court officers and five firefighters were injured in the fire on Schermerhorn Street, just after 4 p.m. Wednesday.

It was on the sixth floor, and heavy smoke spread to the above floors.

Prisoners being held on the ninth floor and in holding cells on the first floor and basement were moved to city jails when the building was temporarily evacuated.

A total of 71 prisoners were relocated to the nearby Brooklyn Detention Complex without incident. They were later returned to the detention facility at Brooklyn criminal court.