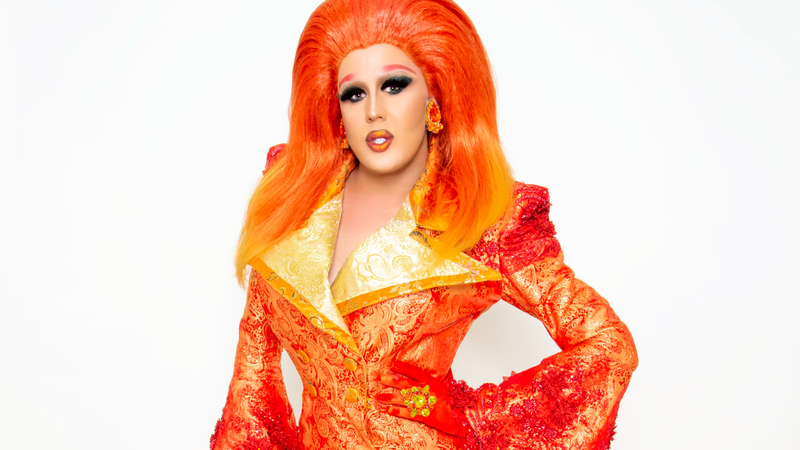 First, her main source of income as performing live in front of large crowds was no longer possible. Second, she needed money to survive.

That's when the 2019-2020 National Miss Comedy Queen decided to take her wig and heels to a different stage... her studio apartment.

"Before, I was doing, six or seven shows a week because I live in New York City and that rent is not cheap and drag is not cheap," said Burner. "To try to make any income during quarantine has been hard."

According to Burner, she was one of the first drag queens to take her show virtual either through Instagram, Facebook, Twitch, and even Zoom.

While her income has not the same since before quarantine, she admitted that any dollar someone gave to her now meant more than it ever did before. Burner is not the only one that feels this way.

Drag queen Vinchelle, who has gifted herself the title "Tri-State Tribal Qween", agreed that while the money might be less, the love for performing is even stronger than before.

"I am so blessed to say that I still make an income off of drag," said Vinchelle.

Much like Burner, Vinchelle took her show "Black Girl Magic Philadelphia" and made it to a digital show. With the assistance of her friends and her wit to try something new, Vinchelle went from only being a performer to being a little bit of everything.

"On my resume, I am a drag queen, editor, photographer, videographer, technician, and engineer," said Vinchelle. "I literally do everything. And never knew how much you have to do digitally because I am a live-show girl."

For Vinchelle, the opportunity to continue to perform from home is not only about making an income. Drag shows have also become a form of activism for her.

For over a year, she has used her "Black Girl Magic Philadelphia" shows as a way to raise money for organizations that help uplift the African American community.

"Well I said if we are still in quarantine during Pride than I am doing a Black Girl Magic for Pride," said Vinchelle. "And then all the protest and everything started to happen, so I was like 'we definitely need to keep this up'. The proceeds will be going directly to Black Lives Matter."

Like many other drag queens, Burner believes that they should use their platforms for the betterment of other people.