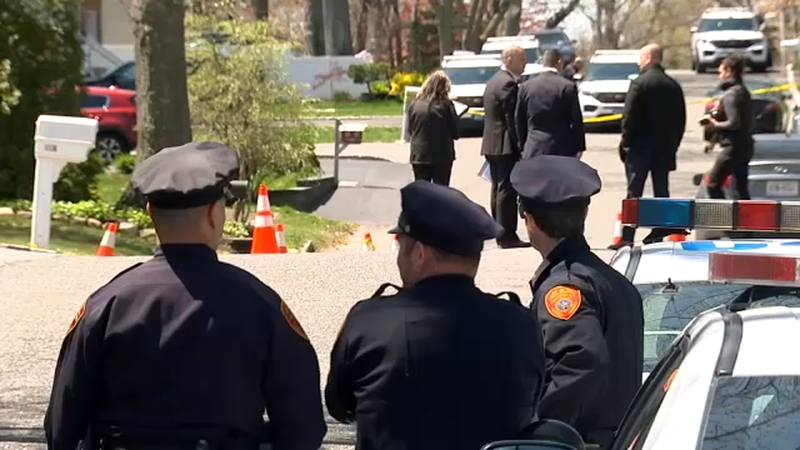 RONKONKOMA, Suffolk County (WABC) -- A man was killed in a drive-by shooting outside of a home on Long Island on Friday.

Neighbors of the home on Wildwood Road in Ronkonkoma said they heard a barrage of rapid gunfire around 8:50 a.m.

"What we've learned so far is that a 31-year-old resident of 385 Wildwood had started his car, went back into the house, came back to his car and a number of shots were fired at him and his car and at the house," Suffolk County Police's Det. Lt. Kevin Beyrer said.

He was taken to Stony Brook University Hospital where he was pronounced dead.

Even though it was not a random shooting, what rattled residents was no only the location on a quiet residential block, but also the time when many children were heading to school and adults were on their way to work.

"It was very high speed. When I thought about it, I did think possible gunfire," resident Rosa Patterson said.

Detectives are asking anyone with information on the shooting to contact the Homicide Squad at 631-852-6392 or call anonymously to Crime Stoppers at 1-800-220-TIPS.