Colombian man accused of smuggling 2 pounds of heroin in underwear 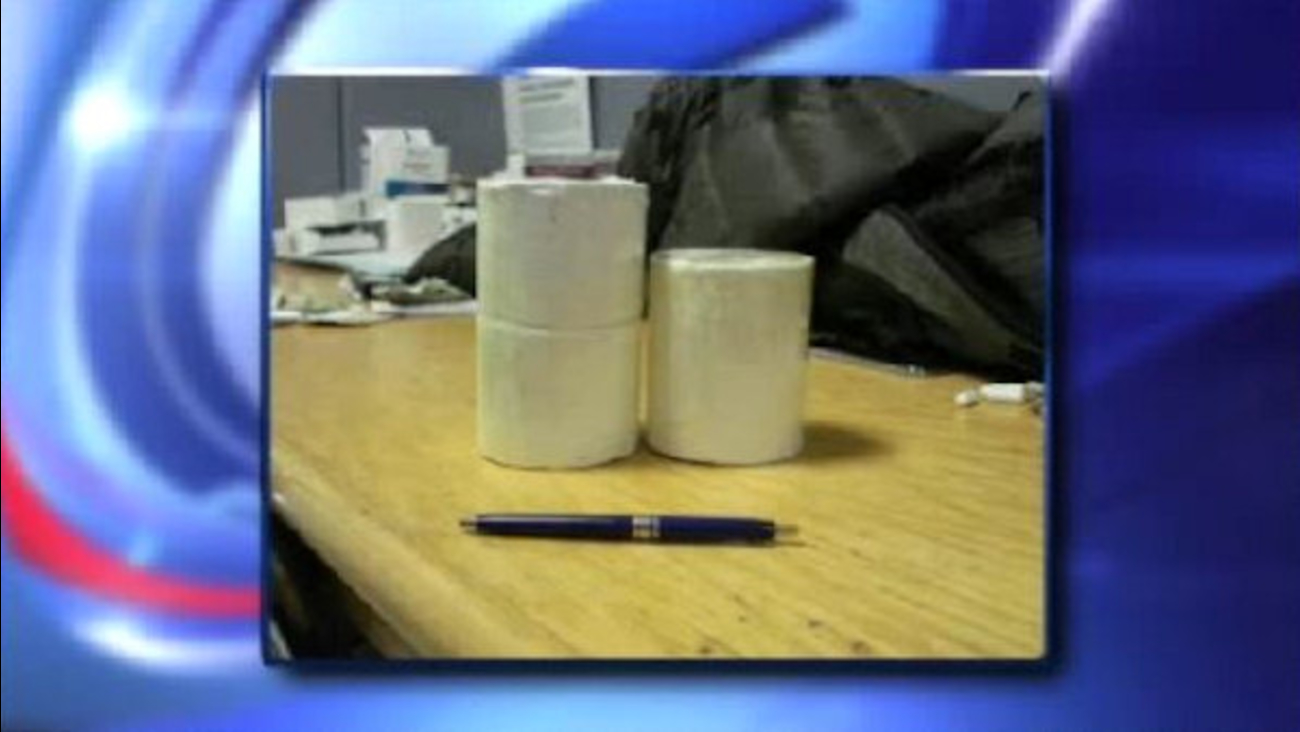 NEW YORK -- Customs officials at Kennedy International Airport said they discovered shrink-wrapped cylinders filled with two pounds of heroin in the underwear of a Colombian man arriving in the United States.

U.S. Customs and Border Protection officers reported Tuesday that the drug was found in the passenger's groin area when he was searched in a private room.

The suspect, Ivan Vidal Forero, faces federal narcotics smuggling charges. He was arrested last week after he got off a flight from Bogota and was handed over to Homeland Security investigators.

The two cylinders contained a powdery substance that tested positive for heroin, with an estimated street value of more than $61,000.

The case is to be prosecuted in Brooklyn federal court.