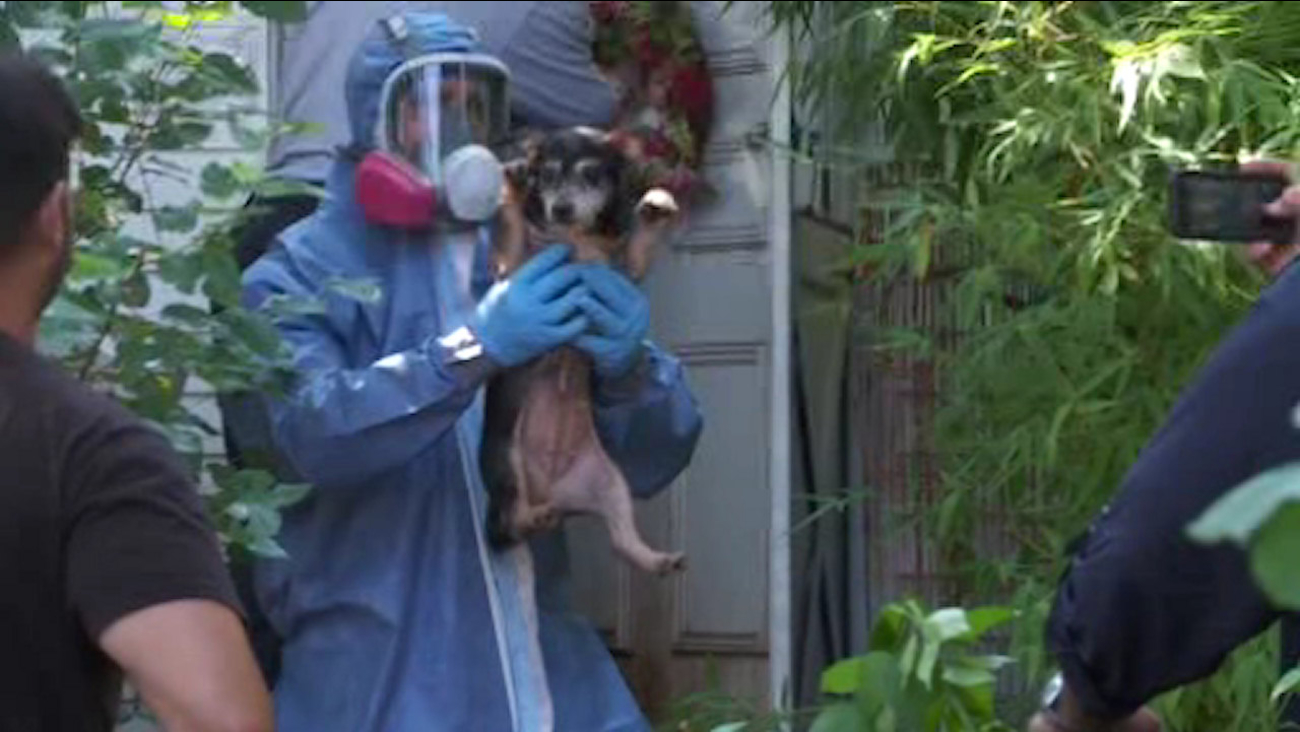 Officers said there was a strong smell of ammonia coming from the Powers Avenue home in East Meadow.

The woman was taken to Nassau County Medical Center for treatment.

The SPCA removed all of the animals from the home and brought them to the Town of Hempstead Animal Shelter.

"They'll be evaluated and at that point and time, once the vet deems them healthy enough they'll be put up for adoption," said Gary Rogers, Nassau County SPCA Spokesman.

Rogers said that other recent cases show that there is a problem with animal hoarding in the county.

"Every time we go to a house it gets worse and worse. We really don't know what's going on. This is really one of the worse conditions all of us collectively have seen," Rogers said.

The smell of ammonia was so strong; rescuers had to stop going inside to get the dogs out until the home could be vented for the safety of the rescuers.