Teens wanted after elderly man punched in face in Manhattan 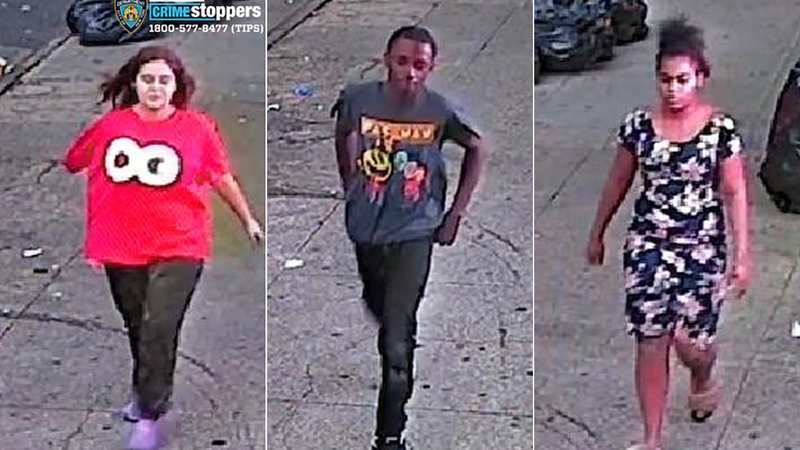 EAST VILLAGE, Manhattan (WABC) -- The NYPD is searching for three teenagers after an 85-year-old man was approached from behind and punched in the face in Manhattan's East Village.

Police said the three teens, two girls and a boy, were walking near East 6th Street and Avenue D around 6:30 Wednesday morning when the boy approached the victim from behind.

He then punched the man in the right side of the face with a closed fist. All three fled the scene.

Speaking in Cantonese, the victim, Himin Li, described the sucker punch in an exclusive interview with Eyewitness News. He said he never saw it coming, and that the teens never said a word.

He said they followed him from ten feet behind for half a block.

Li sustained swelling to the jaw and substantial pain.

The security guard in his building lobby saw it happen and helped him up, then confronted the two girls, exchanged words and called police.

Police described the attacker as a black male who's approximately 15 to 18 years old. He was last seen wearing a multicolored T-shirt, black pants and black sneakers. The two females also appeared to be between ages 15 and 18.

Li says he has nothing to say to them, but he would ask their parents if they taught their kids to pick on and beat up random helpless victims.