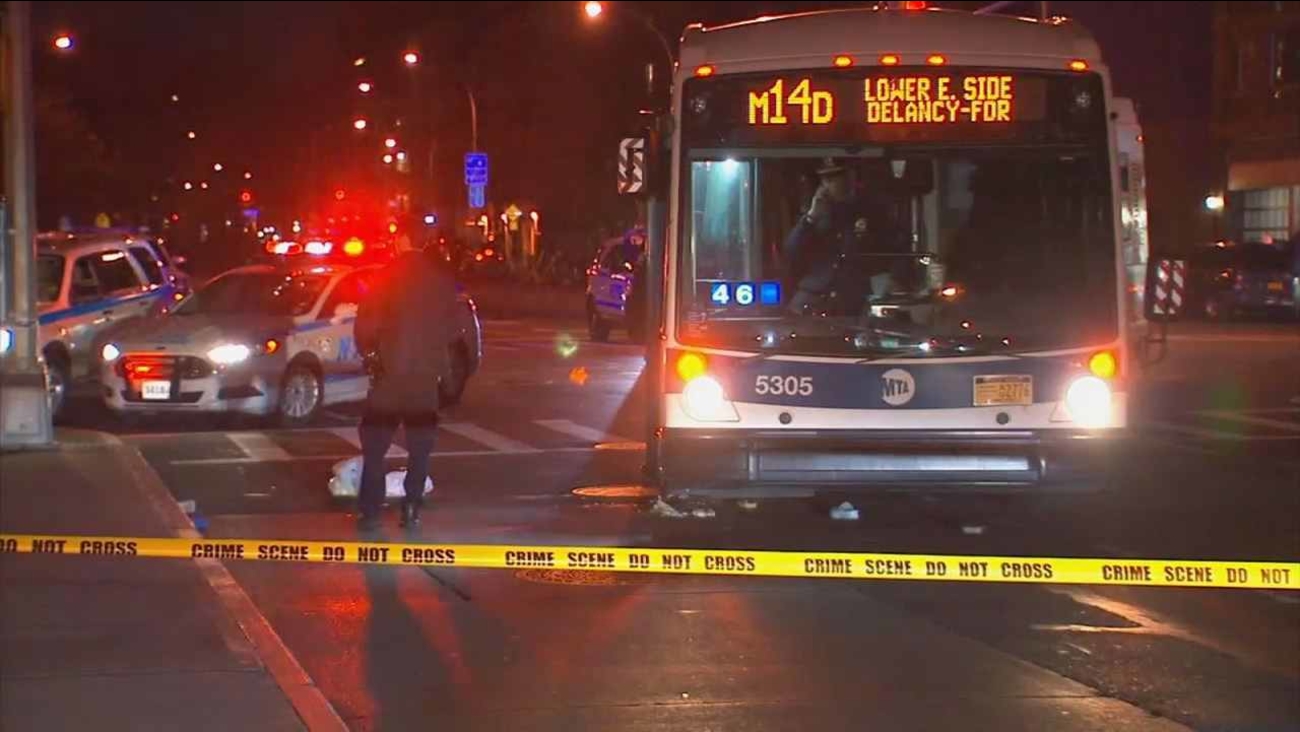 On Monday night, police said the M14D hit a 61-year-old woman while making a right turn to head east on Houston Street.

EAST VILLAGE, Manhattan (WABC) -- An MTA bus driver was arrested after a woman was hit and had her leg pinned under a bus.

Just before 9 p.m. Monday, police said the M14D was traveling south on Avenue D and hit a 61-year-old woman while making a right turn to head east on Houston Street.

The pedestrian had been walking south within the crosswalk, according to the New York City Police Department.

Her left leg was trapped under the bus and was later freed by emergency workers.

She was taken to Bellevue Hospital and is in stable condition with a broken leg and some abrasions.

The 41-year-old male operator of the MTA bus, Eduard Khanimov, was taken to Beth Israel hospital for trauma.