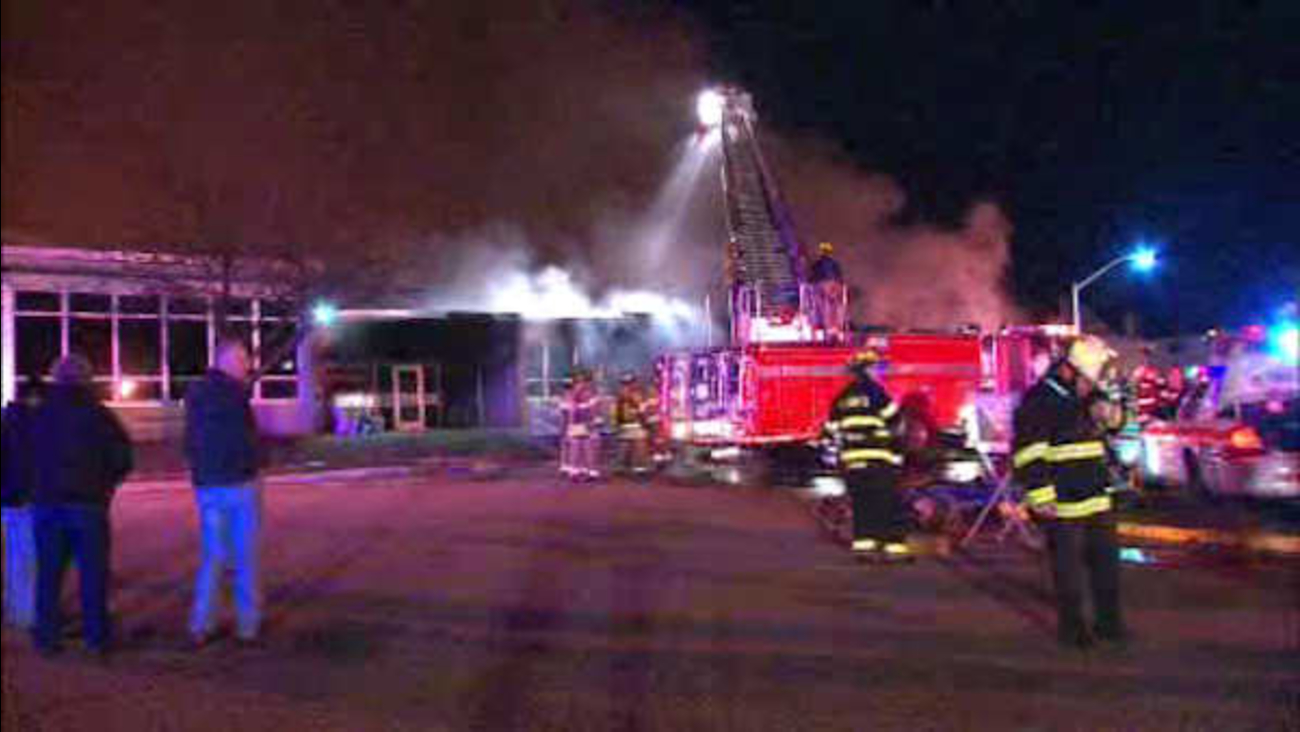 EDISON (WABC) -- A former custodian in New Jersey headed to court Tuesday night to learn how much he will have to pay for starting a fire at a school. However, the hearing was postponed.

Prosecutors say Jerome Wiggins started a massive fire at James Monroe Elementary school in Edison, where he threw a lit cigarette into a trash can in March of 2014.

School was not in session and no one was hurt, but the building burned to the ground.

In January, a judge ruled Higgins should pay restitution.

The cost of the damages was expected to be announced at the hearing.

Higgins was issued a summons accusing him of smoking in a public building, which is a disorderly persons offense.

There were no sprinklers in the building, because they were not required when the school was constructed back in the 1960s.

Dozens of firefighters battled the blaze for about three hours before it was brought under control. About a dozen firefighters were treated for smoke inhalation, but no residents were injured.