'I feel like they were a part of me': Army soldier saved children during El Paso shooting 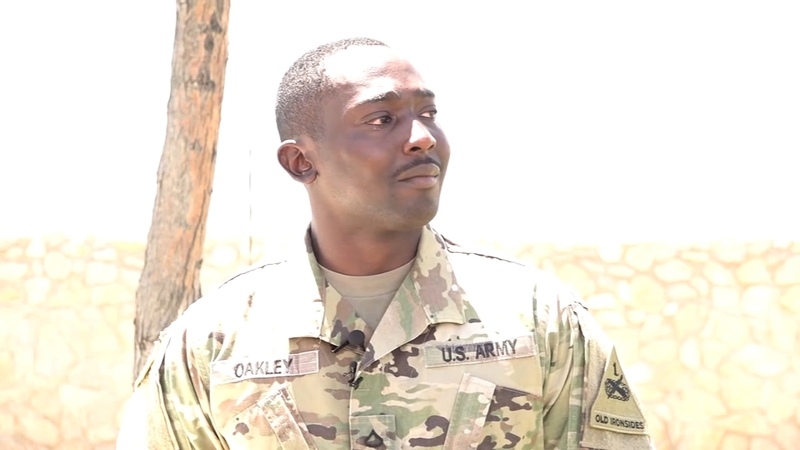 EL PASO, Texas -- An off-duty soldier is being celebrated as a hero after he saved the lives of several children during Saturday's deadly mass shooting in El Paso.

U.S. Army soldier Glendon Oakley was shopping at the Cielo Vista Mall on Saturday morning when a young child ran up to him, saying there was a shooter at the nearby Walmart. When the 22-year-old heard gunfire, he said he immediately went into combat mode and began to grab as many children as he could to get them out of harm's way.

"What I did was exactly what I was supposed to do. I understand it was heroic and I'm looked at as a hero for it, but that wasn't the reason for me," Oakley said before breaking down in tears. "I'm just focused on the kids that I could not save and the families. It hurts me. I feel like they were a part of me. I don't even know the people that died or the kids that I took with me."

Oakley refused to offer details about what he witnessed, but he called it "the worst thing" he's ever seen.

"I'm not describing anything," he said. "I didn't get any sleep last night. I don't want to think about what happened because it was tragic. I'm telling you, this was the worst thing I've ever been through in my life. And I don't want to keep having flashbacks of what happened."

Oakley says he doesn't want the world to focus on him.

"I did that because that's what I was trained to do. That is what the military has taught me to do," he said. "But I really want you guys to focus on the people that are actually grieving through this. Yes, I'm grieving, but I'm not the one that lost a family member. Yes, it feels like I have lost one. But they are the ones that need to be the focus."

RELATED: El Paso Walmart shooting victims: What we know about those killed, injured

At least 20 people were killed and 26 others were injured in the El Paso Walmart shooting, making it one of the deadliest mass shootings in modern U.S. history. The youngest victim was 2 years old.