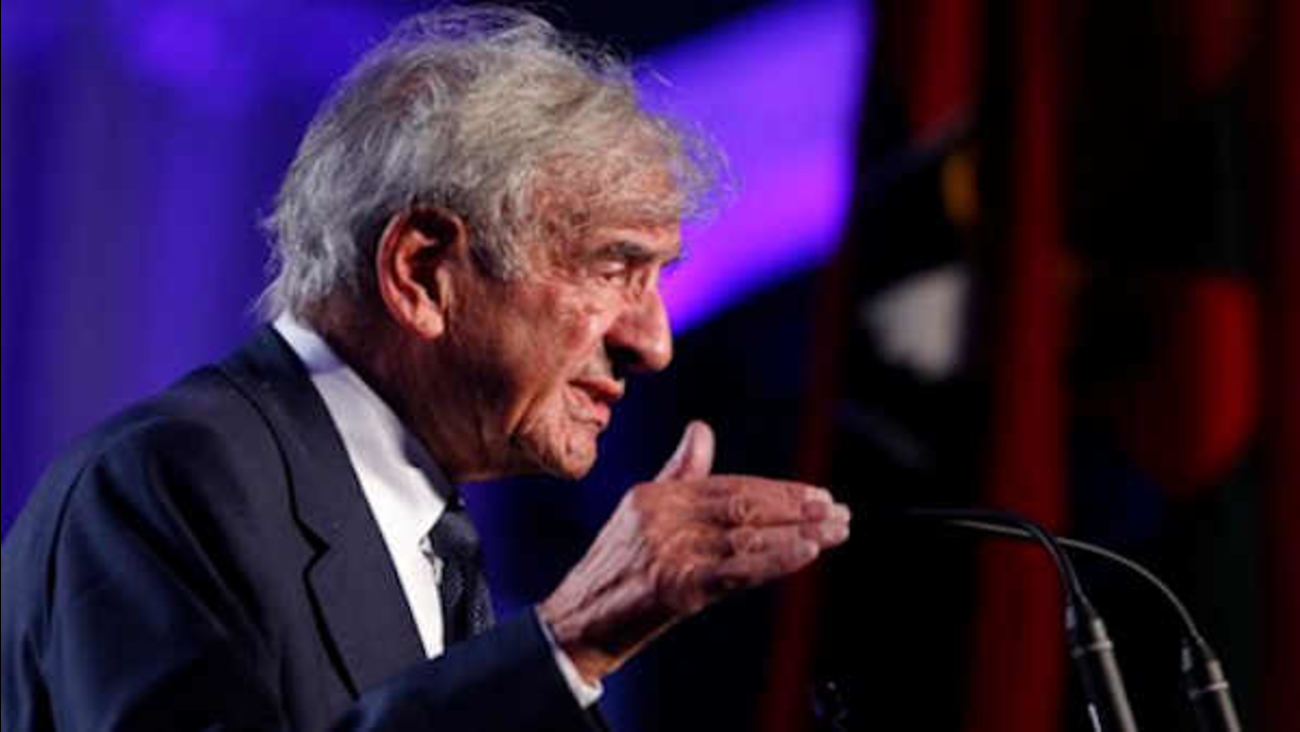 UPPER EAST SIDE, Manhattan -- Nobel laureate and Holocaust survivor Elie Wiesel was memorialized Sunday at a private service in Manhattan, as family and friends gathered at Fifth Avenue Synagogue.

Among the attendees was Abraham Foxman, former national director of the Anti-Defamation League. Wiesel and his wife Marion were honored by the League with the Jabotinsky Award Courageous Jewish Leadership in 2013.

Ronald Lauder, president of the World Jewish Congress, remembered visiting Auschwitz with Wiesel in the 1980s and was struck that Wiesel's response was not one of hate, but of "great sadness."

Millions learned directly about the Holocaust through Wiesel, who began publishing in the 1950s, a time when memories of the Nazis' atrocities were raw and repressed. He shared the harrowing story of his internment at Auschwitz as a teenager through his classic memoir "Night," one of the most widely read and discussed books of the 20th century. Foxman said that in recent months he and Wiesel would reminisce, in Yiddish, and talk philosophy.

"We talked about forgiveness, we talked about God. He was struggling with it," Foxman said. "Well now he's a little closer. Now he can challenge the Almighty much closer and maybe he'll get some answers, which he asked, but never got the answers to."

Wiesel's death also was a reminder of the dwindling population of survivors of the Holocaust, which happened more than 70 years ago. Wiesel was among the first survivors to write about his experiences and he was among the last remaining authors from that time. Earlier this year, Hungarian survivor and Nobel literature winner Imre Kertesz died. Like Wiesel, he was 87.

"This is really the double tragedy of it (Wiesel's death), not only the loss of someone who was so rare and unusual but the fact that those ranks are thinning out," Rabbi Perry Berkowitz, president of the American Jewish Heritage Organization and a former assistant to Wiesel, said Sunday. "At the same time anti-Semitism, Holocaust revisionism keeps rising. The fear is that when there are no more survivors left, will the world learn the lesson because those voices will be silenced."

"Elie wrote 40 books, 50 books, the books will remain. That message will continue," Foxman noted. "There are 70K testimonies that the Shoah Foundation has put on record. ...It (Wiesel's death) will make somewhat of a difference because the authenticity of live witness is a lot different but I think the testimonies, the books, the oral history will continue to tell the story. "
Related topics:
new york cityholocaustfamous deathmemorial
Copyright © 2022 by The Associated Press. All Rights Reserved.
TOP STORIES
Man killed after being shot in chest aboard Q train at Canal Street
3 people killed in crash near catering hall on Long Island
Celebrate Israel Parade to kick off in NYC with heightened security
AccuWeather Alert: Still steamy
Buffalo mass shooting victims laid to rest one week after tragedy
Heat Advisory issued ahead of possible record-breaking temperatures
78,000 pounds of infant formula arrives in US
Show More
NJ police impose curfew after large party gets out of hand
Suspect breaks into NYC apartment, stabs man to death
Empire State Building lit to honor Notorious B.I.G.'s 50th birthday
Fate of 2,500 Ukrainian POWs from steel plant stirs concern
Biden pushes economic, security aims as he ends South Korea visit
More TOP STORIES News