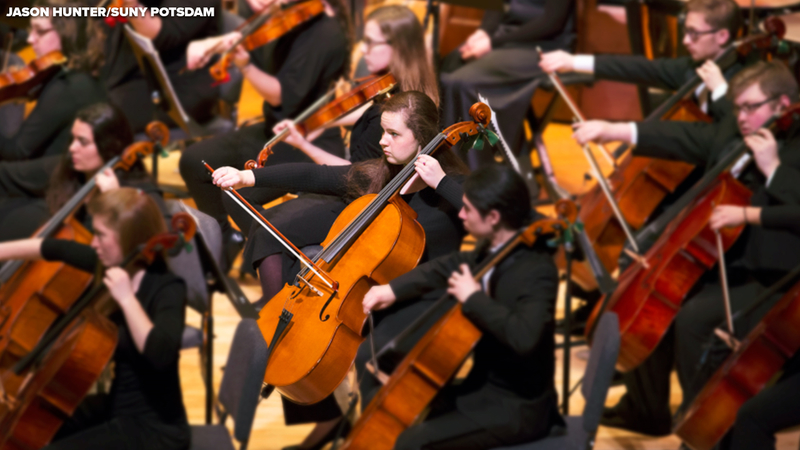 POTSDAM, New York (WABC) -- A 21-year-old college student was shot and killed in rural northern New York State on Friday night, and authorities say the suspect in custody has "no affiliation" to the college.

New York State Police identified the victim in Friday's shooting in the village of Potsdam as Elizabeth Howell.

SUNY Potsdam identified Howell as a student at the college's Crane School of Music who was due to graduate this year.

"Beth was a cellist who performed with the Crane Symphony Orchestra," Potsdam President Dr. Phil Neisser said in a letter to students and faculty. "She was an aspiring educator with a bright future ahead of her. Together, we - as one united campus community - honor her life and mourn her loss."

Luchiano Lewis was sentenced Thursday to the maximum nine years to life in prison in the stabbing death of Barnard freshman Tessa Majors.

Police charged 31-year-old Michael J. Snow with one count of second degree murder in the shooting. Snow is currently being held in jail with no bail.

"SUNY Potsdam can confirm that Mr. Snow has no affiliation with the College, either as a student, employee or graduate," SUNY Potsdam said in a statement.

Full circumstances of the shooting are unclear. Police said they responded to a report of an unconscious female just before 6 p.m. on Friday, and "responding patrols located the 21-year-old victim lying on the side of the road with gunshot wounds."

New York State Police say on the day of the murder snow was seen driving this Honda Civic passing through Potsdam near the time Howell was found killed.

SUNY Potsdam has cancelled classes on Monday and are planning a vigil and memorial concert in the coming days and weeks.