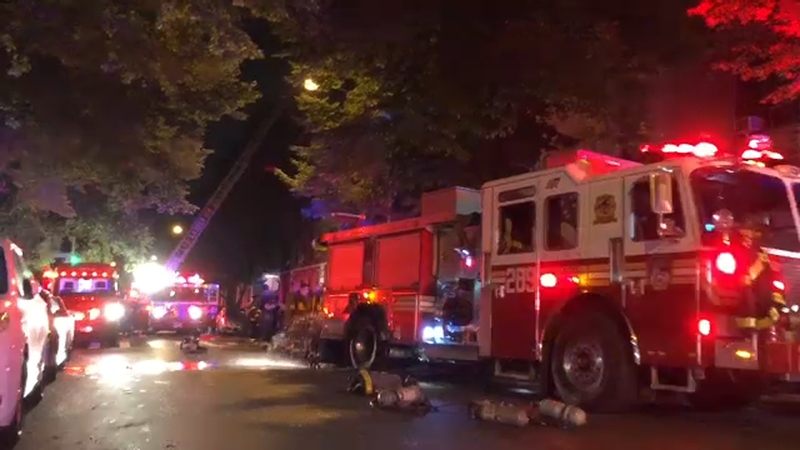 ELMHURST, Queens (WABC) -- One man was killed and two other people injured in a fire in Queens.

The fire broke out in the six-story building just before 3 a.m. Monday on Elmhurst Avenue in Elmhurst.

A resident described what happened as soon as the fire alarms went off.

"The neighbors were just knocking, banging on the doors, telling everyone to wake up. I opened the door and I saw a little bit of smoke come out," said Anthony Vazquez, resident. "Once the firefighters came, the whole hall was just black."

A 50-year-old man was killed, but his identity has not yet been released.