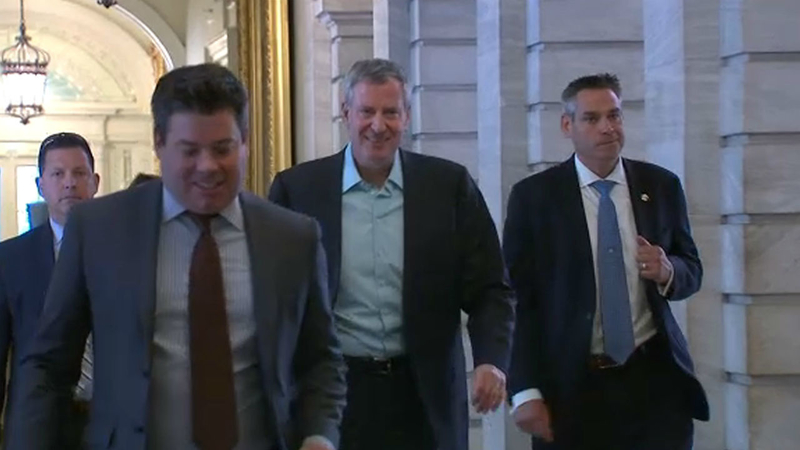 The emails are between members of his administration and outside advisers and include the mayor lashing out at the press, his own advisers and many others.

"First of all, the news media is pitiful and it's sad for our city and nation," one email from 2015 said.

He defended his comments to reporters on Friday after accusing the media of biased, sensational coverage.

"Things had gotten really negative, really divided, and the tabloid culture unfortunately adds to that in my view so I hope there will be change," de Blasio said.

The emails also revealed de Blasio lashed out at his staff for arranging a meeting with his beloved Red Sox, but not the Mets when they played in 2015.

The mayor wrote to a staffer:

"Not one of you has put two and two together: If I visited with the Red Sox during batting practice last night and the Mets didn't take batting practice, then we're in harm's way."

"It's part of life guys, you have to think of how things are perceived, including because of the tabloid culture, how things will be warped out of all possible meaning," de Blasio said.

While the mayor hopes for more positive media coverage, he faces a long road ahead of him after winning re-election last fall. He still has another three years and seven months in office.