Seven On Your Side
WABC
By Nina Pineda and Eyewitness News 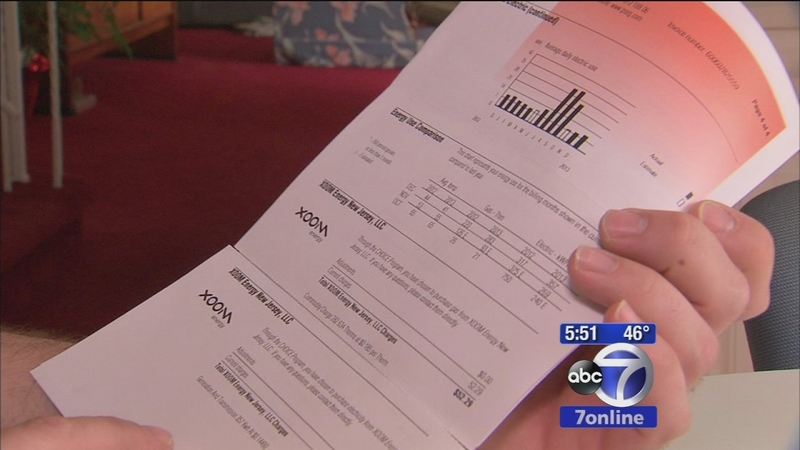 7 On Your Side: Investigation reveals energy billing problems

NEW YORK (WABC) -- When gas and electric customers across New Jersey complained about getting duped into switching suppliers by door-to-door salesman or telemarketers guaranteeing savings , 7 On Your Side did something about it and fought for refunds.

Third Party energy providers, they sell the same electric and gas as your public utility. 7 On Your Side has fought and got refunds after for customers who said they got misled into paying higher prices.

Now a new wrinkle in how people get sold, it's no longer a cold call from a stranger you should be wary of.

The new energy sales strategy isn't cold calls, it's called warm marketing, a multi-level marketing technique enticing you to bring friends and family into the fold first--make money by getting them to switch providers, and in turn get others to switch.

The pitch from one company was savings, but some say switching actually cost loved ones hundreds.

"It puts a knot in my stomach the size of a grapefruit," said Robert Spitzers, a former ACN Salesman.

Robert Spitzers' sick over a dozen friends and family he unintentionally misled. The former salesman earned commissions off them after promising they'd save if they switched their electric and gas provider to Xoom Energy.

"I'm robbing people. I pitching to them that they can save money but it's the exact opposite," adds Spitzers.

He even signed up his own mom and dad. Xoom sent them this enrollment confirmation stamped "promo: Save 3 to 5 percent." But, their first month's savings, just 16 cents.

"That's not the 3 to 5 percent savings they promised," adds Spitzers.

Over the next six months the bill ballooned. Xoom charged them nearly $1,000 more than if she'd stayed with PSE&G.

Nina: "So you thought you were going to save?"
"More than that but now i paid more instead of less," adds Marianne Spitzers, former Xoom customer.

Krystal and Rory McManus also signed on to Xoom after they say Robert Spitzers promised.

The reality? Xoom charged about $443 more than the utility.

Robert says he was recruited by a friend, with the prospect of making big bucks by selling Xoom's services through their outside marketing company - ACN. Their pitch, start by selling Xoom to friends and family.

"You can make life-changing money, here," said Michael Maser, a salesman in a seminar we attended with an undercover camera.

So we went undercover at one of ACN's recruitment meetings.

After a 2 hour seminar-we asked 2 salesmen the company's boasted as its most successful to explain how they do it.

After our TO Xoom, the customers got partial refunds and the companies investigating their bills to see if they're owed even more.

"Thats great, I didn't expect that at all its really a surprise!" said Spitzers.

An ACN rep told us they train and accredit all of their business operators, before they start selling, saying generally salespeople should NOT guarantee savings - and the ones who spoke to us made "inaccurate statements."

Xoom's rep said 7 On Your Side helped them uncover a "regrettable billing discrepancy."