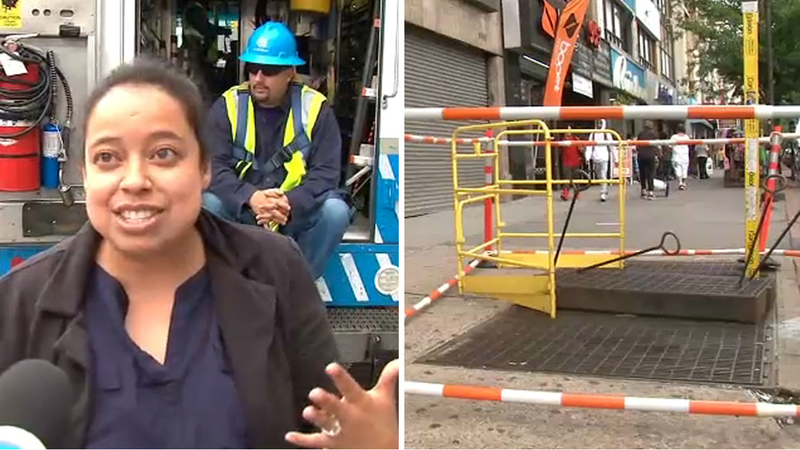 HUNTS POINT, Bronx (WABC) -- There was a huge sigh of relief after a Con Ed crew recovered a woman's lost engagement ring in the Bronx.

The ring was recovered Tuesday morning at Southern Boulevard and East 163rd Street.

Ali Hernandez said the ring fell into the Cod Ed grate last Friday, but it took a while to figure out who could come to the rescue.

Con Ed worker Dionny Mejia said it was like finding a needle in a haystack, but he was lucky to find it in only 30 minutes.

"We were lucky to find it," Mejia said. "We did what we could and we actually came through good so I'm happy for her."