WABC
The American Music Awards has a packed performance lineup, including a special tribute to Whitney Houston.

Christina Aguilera will commemorate the 25th anniversary of "The Bodyguard."

"Whitney said that Christina is without a doubt one of the best voices she enjoyed in this generation of music," her estate said in a statement to the AMAs. "We thank you with great joy!"

Other big performances include the U.S. television performance premiere of BTS, a mega-popular K-Pop band, and Selena Gomez's television debut of her new song "Wolves."

Diana Ross, who is being honored with the American Music Award for Lifetime Achievement, will also perform.

RELATED: Here are your 2017 AMAs nominees

To help fans join the conversation, performances have special hashtags with custom emojis, the show announced. 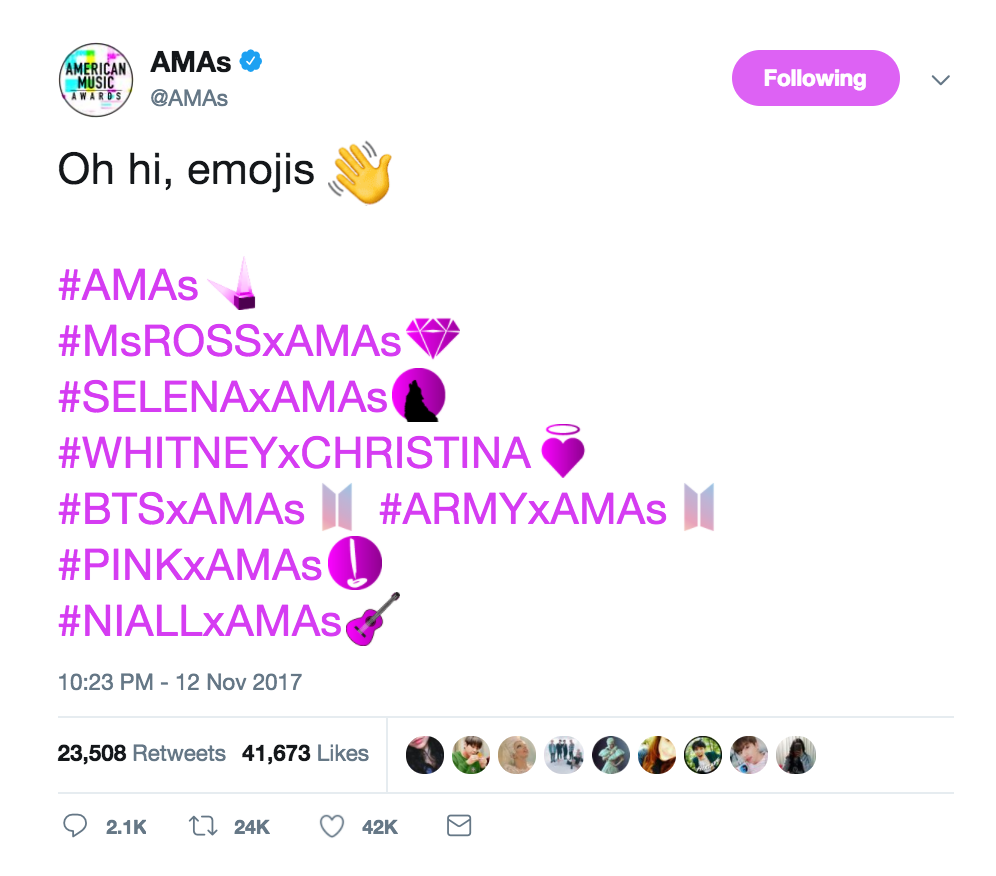 Here's the full list of performers announced so far.

Check back here to see more performers as they're announced.

The 2017 American Music Awards will be broadcast live from the Microsoft Theater in Los Angeles on Sunday, Nov. 19, at 8 p.m. ET on ABC.

See who's performing at the 2020 AMAs tonight