Costumes from 2018 Oscar-nominated movies, plus dozens more on display in Los Angeles museum

WABC
By Adrienne Alpert
LOS ANGELES -- Good movie costumes can help transport you to a time and place - and great costumes can get that movie nominated for an Oscar!

You saw those costumes on the big screen and now you can see them up close and in person at the Fashion Institute of Design and Merchandising Museum.

In "Black Panther," the movie's costumes helped the actors create the fictional world of Wakanda.

They're displayed as part of the exhibit called "The Art of Motion Picture Costume Design" at FIDM. The exhibit is an annual event opening just before the Oscars with the five films nominated for best costume design among the 25 movies on display.

Ruth Carter is nominated for "Black Panther." The veteran designer said the superhero fantasy was not easy.

"We had more meetings about the look of Wakanda than I have had on any of my films," she said. "But it was necessary - imagining a world that had never been seen before."

Alexandra Byrne is nominated for "Mary Queen of Scots." All of this year's nominees are women.

Sandy Powell is nominated twice. Once, for "The Favourite," and the other for "Mary Poppins Returns."

Some of the costumes in "Mary Poppins Returns" are painted to appear two-dimensional. It's a technique that's especially impressive when you have the chance to see it up close.

"The Ballad of Buster Scruggs" is a period piece with a very deliberate nod to a more modern cowboy era.

"Even though he was supposed to be from the old West, he had a little bit of the flavorings of the 1940s and '50s singing cowboy. And when he put his costume on, I felt like he thought he could sing," Zophres said.

Zophres also did the costumes for "First Man." Whether they are real or fantasy, FIDM expert Nick Verreos explains how the costumes complete the character.

"A lot of times, when an actor or actress goes into the fitting, that's the final, kind of the last step. That's when they really go into character. When they really become who that person is," Verreos said.

The exhibit is free to the public and will be open through April 12.
Report a correction or typo
Related topics:
arts & entertainmentoscarsacademy awardsmuseumsmuseum exhibitmovie newsfashioncostumescostumed characterswomen
Copyright © 2020 WABC-TV. All Rights Reserved.
OSCARS

Looking back at Kobe Bryant's Oscars win for 'Dear Basketball' 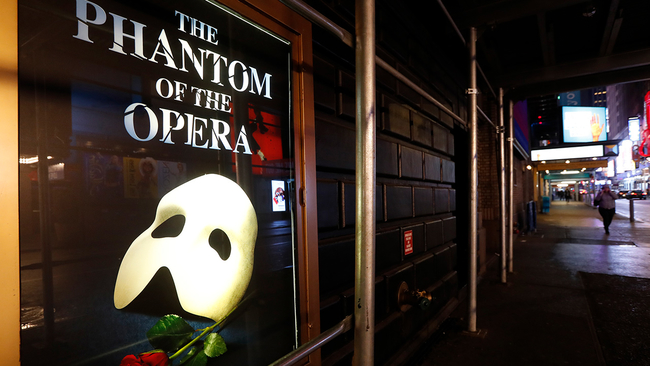