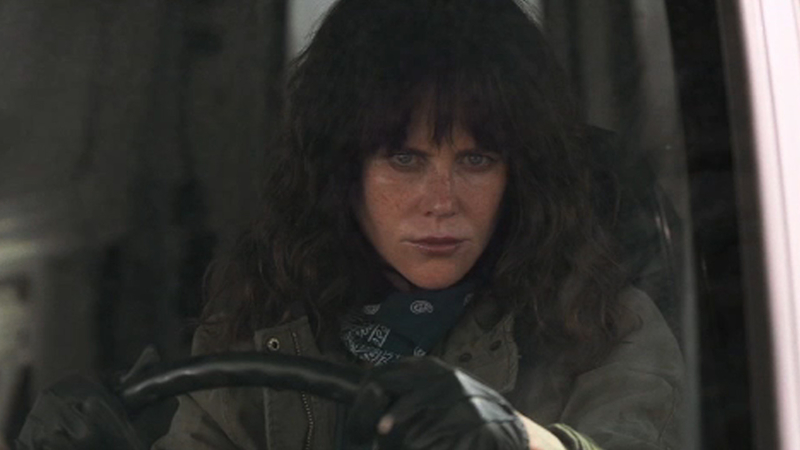 NEW YORK (WABC) -- The title alone suggests "Destroyer" is not exactly what you'd call a traditional holiday attraction, but if you've had your fill of all the family films in theaters now, I urge to you to go see one of the world's biggest stars give one of her best performances ever.

It's Nicole Kidman like you've never seen her before, and if you're a fan of one of the world's most glamorous women, then get ready to be surprised and even horrified by her appearance as Erin Bell.

The story jumps between the present and the past, when she was placed undercover along with an FBI agent played by Sebastian Stan from the Marvel movies. He's first seen rehearsing a kiss with Erin.

The idea is to appear credible as lovers to a gang of thieves, but the operatives fall in love for real -- and that's when the line between right and wrong gets blurry.

The consequences include a bank robbery gone bad years ago, and back in the present, a child her mom rarely sees.

"You can be better than me," Kidman's character tells her teenage daughter. "I lied. I stole, and worse."

Some critics were confused by the rapid jumps between now and then, but I wasn't because Kidman looks so much younger in the past. Her hair is also longer than in the present, when she seems so much older and so much wiser -- and wizened.

Watching her deteriorate is grim, but also thrilling -- exciting for the star's daring and the way director Karyn Kusama rewards her risks. The result is a really good film that, in the end, rewards all of us.

Surprising and startling, "Destroyer" is the kind of discovery that makes my job so thrilling at times. One of the joys of this job is the chance to look at a dozen movies and point out one in particular to say, "Don't miss this one!"