Iconic ESPN broadcaster Dick Vitale, 83, was the recipient of this year's Jimmy V Award for Perseverance.

The 2022 ESPYS celebrated the best of sports and also highlighted those who make an impact off the field.

LOS ANGELES -- The Golden State Warriors were front and center at Wednesday night's ESPYS, with host Stephen Curry taking home multiple awards and bringing attention to the plight of WNBA star Brittney Griner, who is being detained in Russia.

"It's been 153 nights now that BG has been wrongfully detained thousands of miles away from home, away from her family, away from her friends, away from her team,'' Diggins-Smith said at the Dolby Theatre in Los Angeles. "All throughout that time, we've kept her in our thoughts and in our hearts even though we know that ain't nearly enough to bring her home, y'all."

Wearing Griner's Phoenix Mercury jersey under his tracksuit, Curry noted the effort being made to free Griner.

"But as we hope for the best, we urge the entire global sports community to continue to stay energized on her behalf,'' he said. "She's one of us, the team of athletes in this room tonight and all over the world. A team that has nothing to do with politics or global conflict."

They were applauded by Griner's wife, Cherelle Griner, who was in the audience.

"We can support her more and let her know that we love her so much."

In addition to Curry's two awards, his teammate Klay Thompson won the award for Best Comeback. Thompson made his triumphant return to action Jan. 9, after being sidelined for more than two years while rehabbing a pair of career-altering injuries.

The Warriors also took home the award for Best Team.

It was the 29th year of the ESPYS, an event that helps raise awareness and funds for the V Foundation for Cancer Research. That charity was founded by ESPN and the late basketball coach Jim Valvano at the first ESPYS in 1993.

Iconic ESPN broadcaster Dick Vitale, 83, was the recipient of this year's award.

Vitale announced in April that he is cancer-free.

"I sit here and tell you that, obviously, it's been a tough eight months," said Vitale, who thanked his wife, Lorraine, and his family. "If you know someone who is battling cancer, extend a message, send prayers. Those messages picked me up at the darkest moment. I hear Jimmy's [Valvano] words in my head, 'Don't give up, don't give up.'

"We are not going to stop chasing the dream. Jimmy's dream was to beat cancer, and we must do it."

At the Tokyo Olympics in 2021, Ledecky won two golds to increase her career individual gold medal count to six. At the FINA World Championships this summer, she won four golds to become the most decorated female swimmer at the event, with 22 career world medals.

"I think there are so many heroes not just in sports but all around us," she added. "Look to those people as role models and go for the gold."

Ohtani also won the Best MLB Player trophy over Bryce Harper of the Philadelphia Phillies, Aaron Judge of the New York Yankees and Jorge Soler of the Atlanta Braves.

Ohtani was the unanimous winner of the American League MVP award last fall, amassing 46 home runs and making 23 starts on the mound for the Angels.

Vitali Klitschko, the Hall of Fame boxer and mayor of Kyiv, was honored with the award.

The mayor of Ukraine's capital since 2014, the former heavyweight champion is a longtime outspoken critic of Russian President Vladimir Putin.

Since Russia invaded Ukraine in late February, Klitschko has served as one of the faces of the resistance, along with his younger brother and fellow Hall of Famer, Wladimir. The Klitschkos took up arms in a territorial defense battalion in Kyiv; fellow boxers Vasiliy Lomachenko and Oleksandr Usyk followed suit in other parts of Ukraine.

Eileen Gu, one of the breakout stars of the 2022 Winter Olympics, was fittingly awarded the ESPY. The standout California-born freestyle skier, who represented China in the Games, won two gold medals (big air, halfpipe) and one silver (slopestyle) while competing in her mother's hometown of Beijing.

Juggling an exhausting schedule and facing enormous expectations, the 18-year-old Gu become the first freeski athlete to medal in three events in a single Olympics.

"This is insane!" a surprised Gu exclaimed after winning. In her speech, she thanked her mom -- who "shows me what it means to be a strong, empowered woman" -- and grandmother, along with the "many pioneering women athletes" who came before her, many of whom were in the same room.

Gu also gave a shoutout to "the girls who come after me" and who will push the sport of freestyle skiing forward.

Los Angeles Rams wide receiver and Super Bowl MVP Cooper Kupp won the ESPY for doing exactly what he had done all season long: delivering when it mattered most. He hauled in the game-winning 1-yard touchdown pass from quarterback Matthew Stafford with 1:25 remaining to give the Rams their second Super Bowl championship and first title in Los Angeles since 1951.

Kupp, who also won the NFL's receiving triple crown by leading the league in catches, yards and touchdowns, finished the Super Bowl with eight receptions for 92 yards and two scores against the Cincinnati Bengals in the Rams' own SoFi Stadium.

Kupp thanked his wife, Anna, and their two sons -- who were staying with their grandparents and to whom Kupp promised "extra dessert" for the evening. He called the ESPY "a team award" and gave a shoutout to Rams D-tackle and three-time NFL Defensive Player of the Year Aaron Donald, who was in attendance.

"Just to be in this room with so many people playing at the peak of their professions, this is truly an honor," Kupp said in concluding his speech. 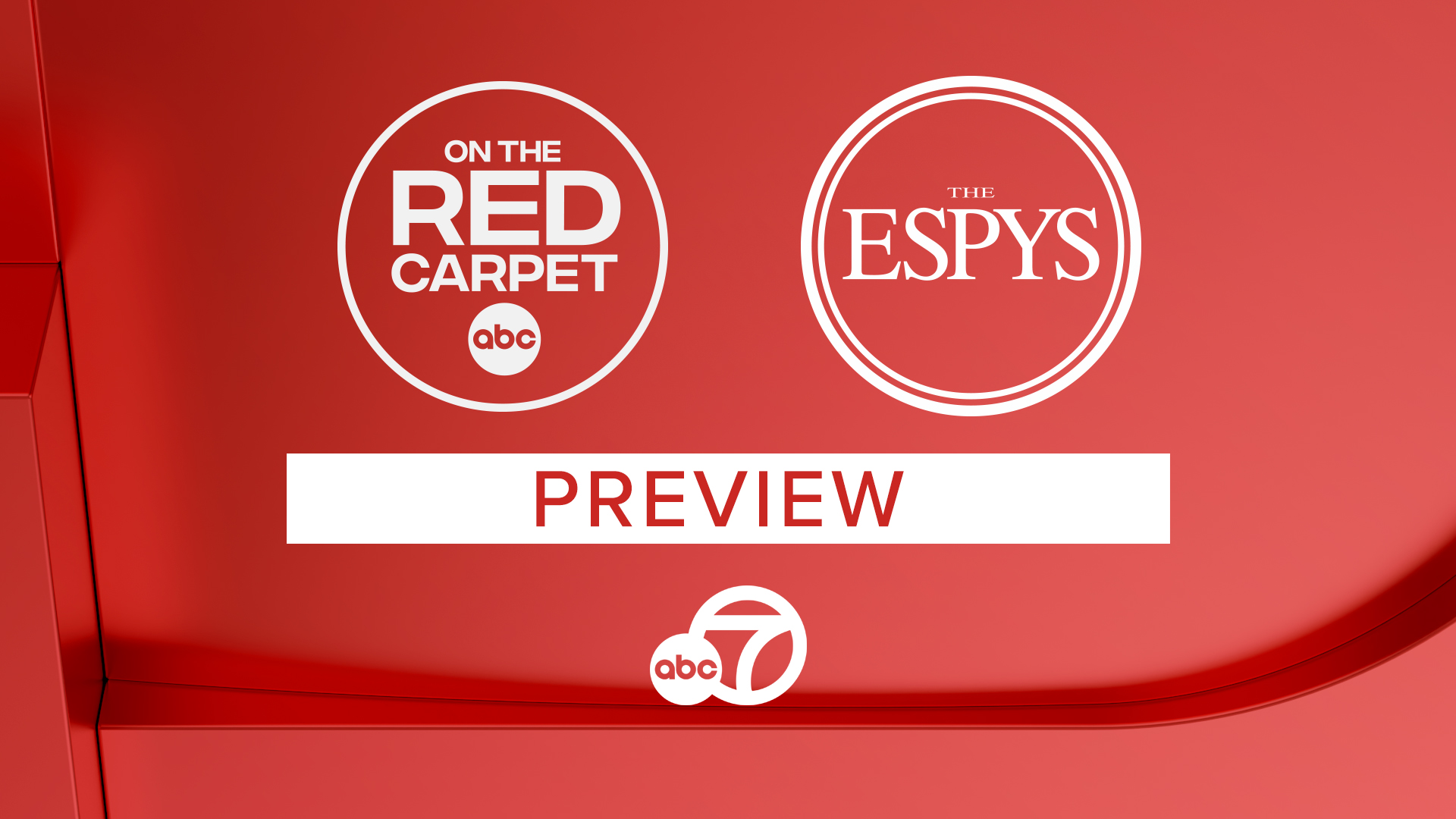 On the Red Carpet previews the 2022 ESPY Awards