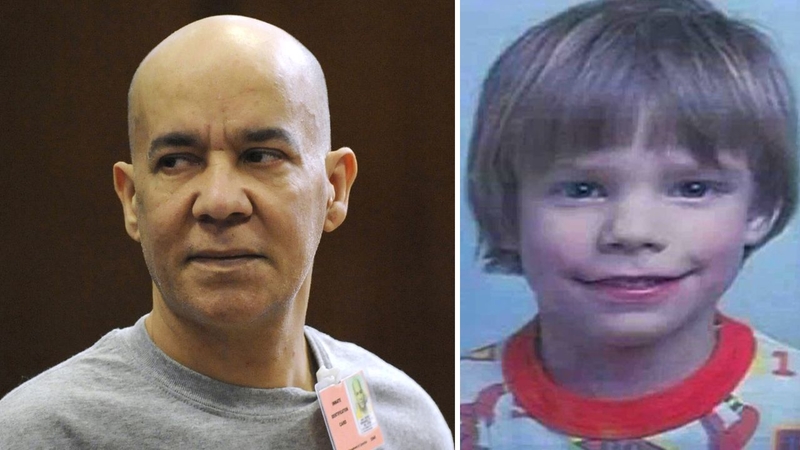 NEW YORK (WABC) -- A motion to set aside the verdict in the Etan Patz murder case has been denied.

Attorneys for convicted killer Pedro Hernandez were in court Thursday to argue jurors in his retrial knew that jurors from his first trial were in the courtroom.

His first trial in 2015 ended in a deadlock.

The judge denied a hearing to look into those claims. Hernandez's sentencing is now scheduled for April 18th.

The Manhattan District Attorney's Office previously argued that the defense claims of jury contamination are not a sufficient basis to overturn the jury verdict.

Hernandez, a former store clerk, was convicted in February in the case of 6-year-old Etan Patz, who disappeared in New York City 37 years ago.

The jury deliberated for nine days before finding him guilty of both murder and kidnapping the boy, who was taken while he was walking to his bus stop in SoHo in 1979.

The boy's body has never been found, but prosecutors said Hernandez lured him into a SoHo basement in 1979, choked him to death and then dumped his remains.

"I think it's finally gonna be over for our family," said Etan's father Stan Patz, who was in court to hear the judge's decision along with Manhattan District Attorney Cy Vance Jr.

He re-opened the case of Etan Patz seven years ago upon taking office. "And now we move on to sentencing and the next cold case," said Vance.

And cold, it was..one of the most vexing cases of a missing child in the history of New York City.

Etan's image on a milk carton was haunting to parents who would forever change how they felt about their own children's' safety.

There was eventually a confession from Hernandez, 18 years old at the time and working at a bodega in the Patz's Soho neighborhood.

But not everyone believed Hernandez's confession was legitimate. It resulted in a hung jury at his first trial. 11 other jurors had voted guilty and many of them were present throughout trial number two.

"I don't think there's anything that prohibits that, legally," said Vance.

The defense argued that jurors at the second trial knew that jurors from the first trial who voted guilty were sitting with the Patz family.

The judge ruled, "This fact alone is insufficient to set aside the verdict."

"Well obviously we're disappointed but I can't say we're surprised," said defense attorney Harvey Fishbein. "This is just another layer of issues that will be presented on an appeal."

The holdout juror from trial number one agreed. "I hope he can get a fair trial because I think in the past two trials, I don't think they've been fair," said Adam Sirois.

But fairness, at least to the Patz family,, had been non-existent for 38 years until the latest verdict, which they're now relieved the judge upheld.