Who are the Eternals? Get to know the Marvel Cinematic Universe's newest heroes 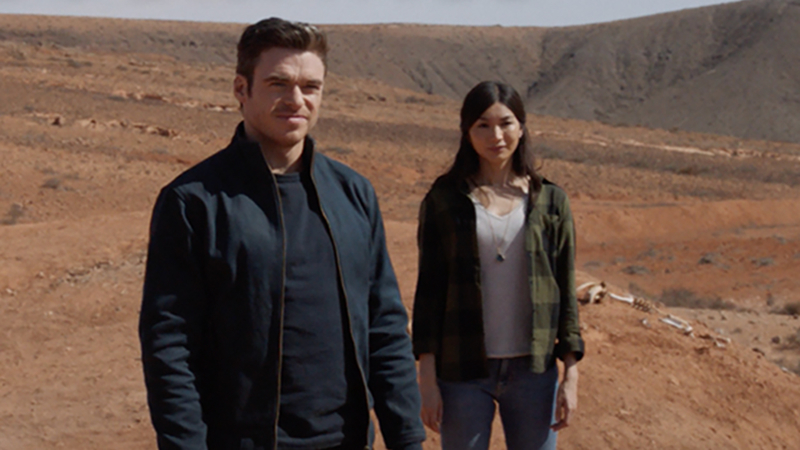 The final trailer for Marvel's 'Eternals' is here

In the last year, Marvel introduced viewers to Agatha Harkness and Monica Rambeau, Sylvie and Mobius, Yelena, Shang-Chi and a new Captain America, to name a few.

Brace yourselves, fatigued fans, because the Marvel Cinematic Universe is adding at least 10 more new superheroes and villains this month in "Eternals," the new film by Academy Award-winning director Chloé Zhao. You'll have a bit over a month to commit their names and stories to memory before Marvel unloads "Spider-Man: No Way Home" onto audiences (and a few weeks after that, yet another hero is getting their own Disney+ show -- rest while you can).

Lucky for you, we've created an "Eternals" cheat sheet of sorts so diehard and casual fans alike can keep things straight. Here's what you need to know about the Eternals before the film's release on November 5. (This writer has not seen the film yet, but light spoilers from the comics follow.)

The Eternals are not quite people, not quite gods (though humans often mistake them for gods, which annoys the space deities who created them and the Greek gods for which a few of the Eternals are named). Though they each have unique powers, they're all skilled warriors with super-strength, speed and agility.

The heroes are mostly immortal -- even if their bodies are destroyed, they can live on in other ways. But they keep their powers secret since they live among humans.

MORE: The final trailer for Marvel's 'Eternals' is here and we have a new villain

They were sent to Earth by the Celestials, an ancient group of godlike beings, some 7,000 years before the events of the film to defend humankind against the Deviants, mutant monsters also created by the Celestials when some tests on early Earth-dwellers went awry. The Eternals are advised against interfering in non-Deviant business, instead acting as mere spectators to human conflict unless Deviants are involved.

While the Eternals have obeyed the Celestials until now, they're finally starting to question their mission and the beings who created them.

Like most protagonists in the Marvel Cinematic Universe who have gotten their own origin stories, the Eternals probably don't fancy themselves superheroes. But by the film's end, after they've undergone various transformations and vanquish various foes, they'll likely be among the most powerful heroes in the MCU, and maybe, the MCM -- the Marvel Cinematic Multiverse. 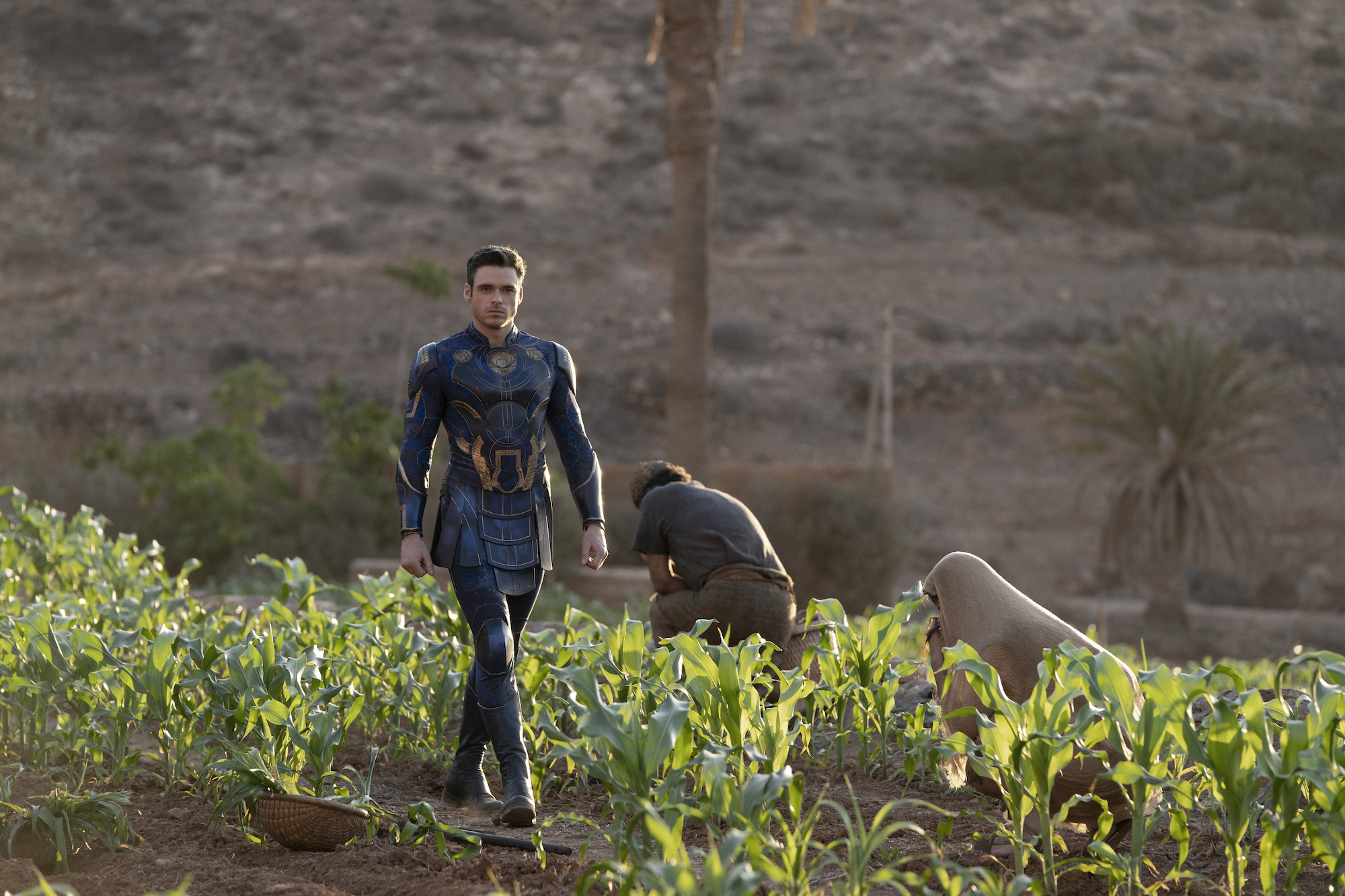 In the comics, the Eternals are often led by Ikaris, usually portrayed as a blond-haired, blue-eyed muscleman reminiscent of He-Man but with laser eyes. In some comics appearances, he's been named the Prime Eternal, or the Eternal who rules over the rest.

Powers: Laser-beam eyes. You name it, Ikaris can probably do it. He can fly at speeds up to 850 miles per hour, creates convincing illusions and shoots laser beams out of his eyes, among many other abilities.

Who knew? In the comics, when he's in disguise as a human, he goes by the name "Ike Harris." Ikaris is definitely one of the brawniest Eternals, but creative, he is not. 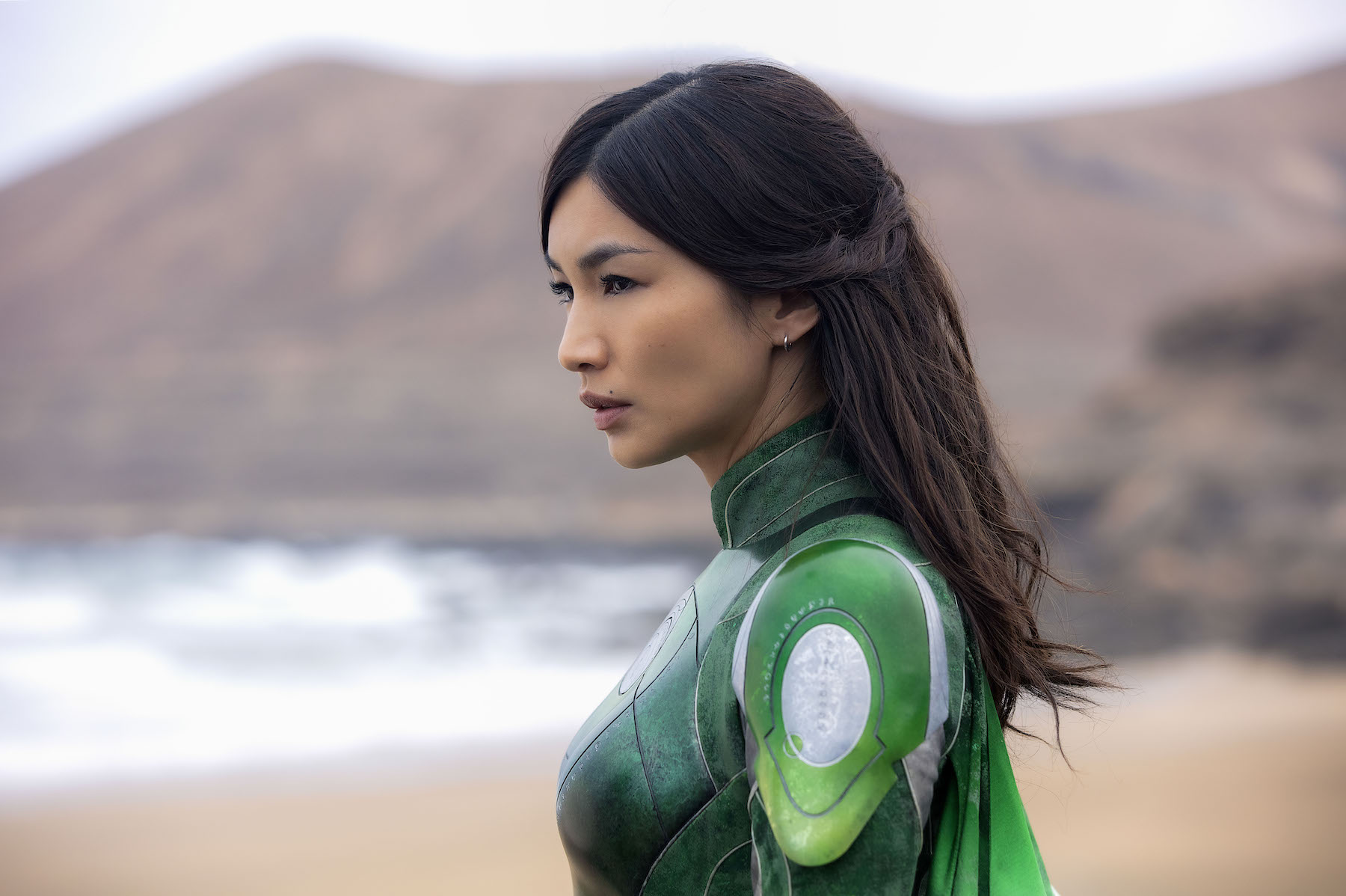 If it's Ikaris who typically runs the Eternals in the comics sphere, Sersi is its heart. She's something of a historian of humankind, having had a first-row seat to events like the fall of Rome and the French Revolution, per Marvel. You'll often find Sersi in green, a nod, perhaps, to her deep love and appreciation of the Earth and its inhabitants. She's also had a centuries-long, on-and-off relationship with fellow Eternal, Ikaris.

Powers: Matter transmutation. Basically, she can alter matter into any form she chooses (remember in the "Eternals" trailer, when she appears to dissolve a double decker bus into a parade of petals?).

Who knew? In the comics, Sersi joined the Avengers for a spell. Though she later quit the group full-time, she sometimes still helps them out when they need a hand from a godlike hero.

Sprite is as mischievous as her name suggests. Though she's just as old as her counterparts, she has the appearance of a perpetual preteen, which she uses to her advantage -- one comics run saw her starring in her own teen sitcom. Her naivety can also be disastrous, though: In one series, the Sprite "altered reality on a cosmic scale," according to Marvel. Sprite has also been written as male in the comics for much of the character's run.

Powers: Illusions. The group's "grandiose storyteller," Sprite casts lifelike mirages and can teleport herself if needed.

Who knew? She was once, according to Marvel, a thorn in the side of William Shakespeare, inspiring the Bard's character "Puck" in "A Midsummer Night's Dream."

The inventor of the group and a sworn pacifist, Phastos is also the first out, gay superhero in the MCU. (While Marvel comics feature a number of queer characters, only a few other characters -- including Valkyrie and Loki -- have been suggested, though not confirmed, to be queer onscreen.) Based on the film's trailers, he's also a frugal home decorator with a penchant for Ikea and sarcasm.

Powers: Invention and "technopathy." If Phastos can see something in his mind's eye, he can make it real -- he has the ability to conjure up weapons and other inventions with little more than a thought.

Who knew? At one point in the comics, he took the codename "Ceasefire" -- a nod to his stance against war. (No one tell him he's a superhero created to wage war against monsters!) 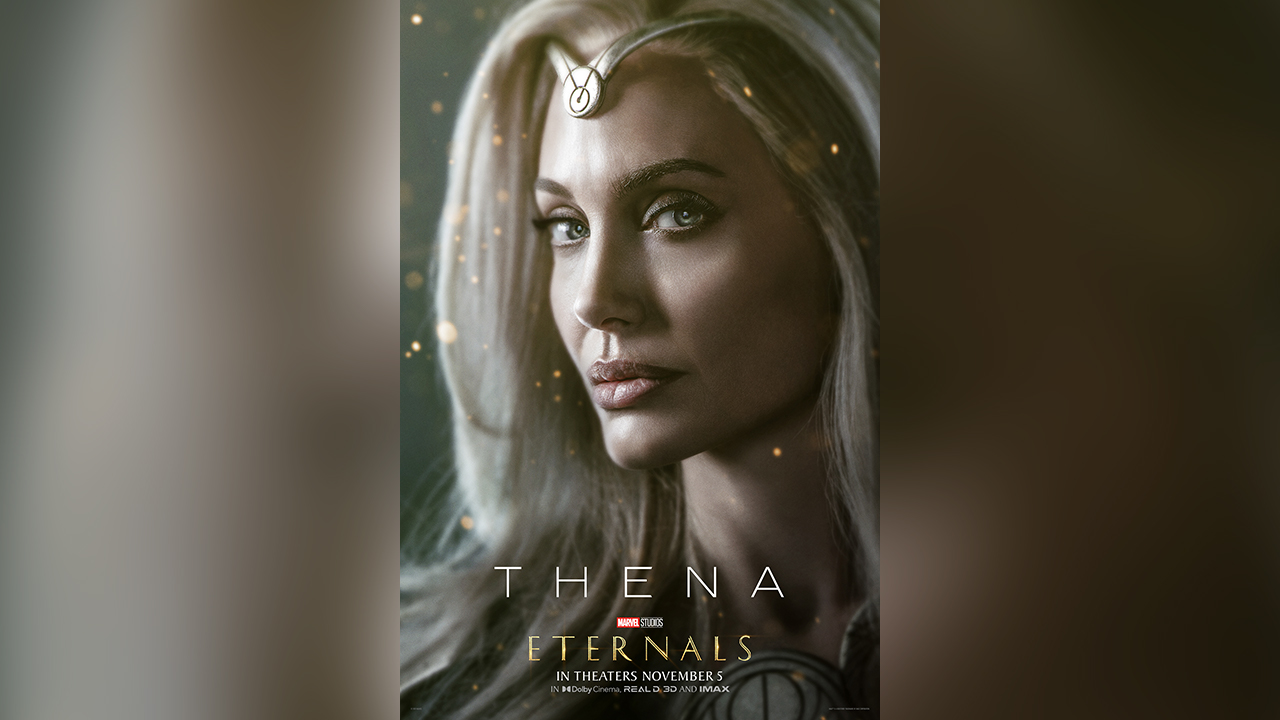 It's no coincidence that Thena's name is so similar to that of the Greek goddess of war -- according to Marvel, Thena is "more comfortable in battle than anywhere else." Like Phastos, she can conjure weapons with her mind, though she takes pleasure in wielding them and unleashing cosmic, PG-13 carnage.

Who knew? In the comics, she once had a dalliance with a Deviant leader named Kro, and their tumultuous relationship has hindered both the Eternals and their foes.

The latest Marvel movie features several characters you may not know-yet! "Eternals" follows a group of heroes who had protected earth since the dawn of time. They reunite to try and save humanity once again after some creepy creatures, long thought gone, mysteriously reappear. The film is from Oscar-winning Director Chloe Zhao.

Though in the comics, Ajak is portrayed as male, Hayek said she sees her character as a maternal figure, a "spiritual leader" of sorts who connects with each of them even when they're at odds and keeps the group on course.

Powers: Healing. Ajak heals both humans and Eternals, and she's one of the few to have direct contact with the Celestials to receive updates on their mission.

Who knew? In the comics, Ajak is "brilliant archaeologist and skilled wrestler," Marvel says. Even godlike heroes need hobbies. 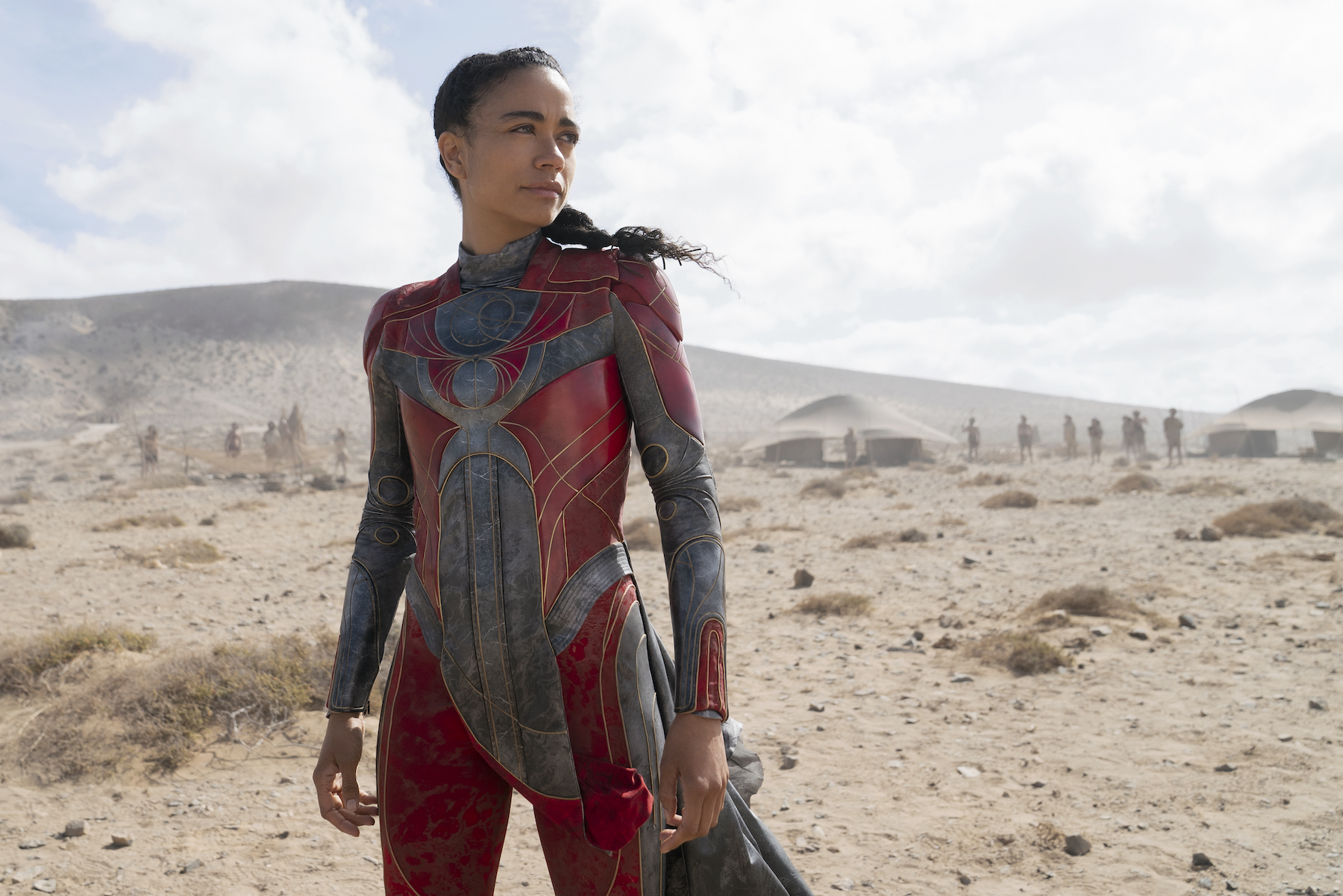 The speed runner Makkari has dashed all around the planet and is, frankly, bored by what she's found. In the film, the Eternals ask her to put aside her boredom for a few days to help them defeat the Deviants and save the world so she can traverse other planets.

Powers: Super speed. Quicksilver who? Makkari is the "fastest woman in the universe," Marvel says.

Who knew? Ridloff is deaf -- and Makkari is the first deaf superhero in the MCU -- so the Eternals communicate with Makkari via sign language. 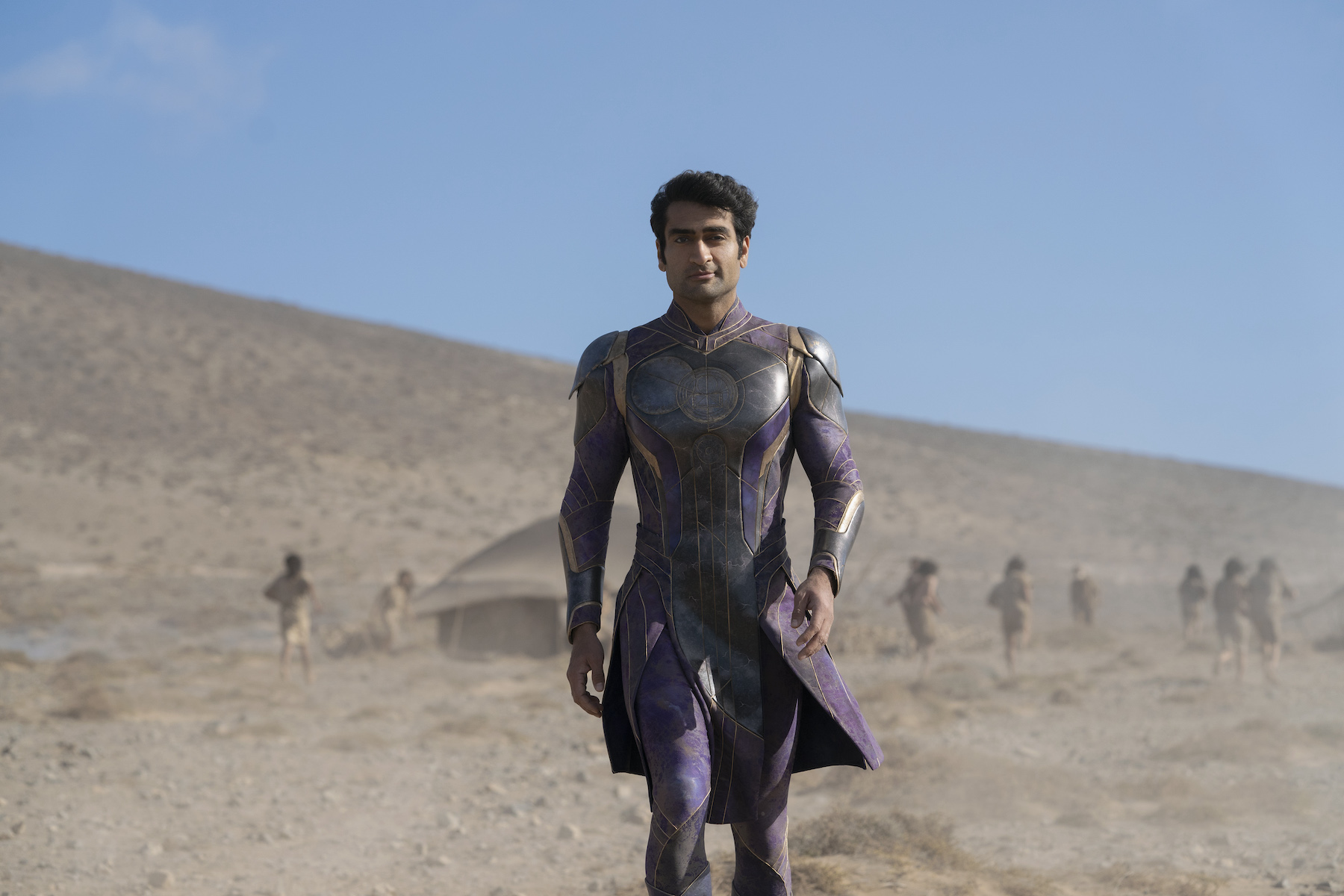 While many of the other Eternals elected to live anonymously among humankind, Kingo became a film star (in the comics, he's an actor known for Japanese samurai films; in the film, he's a Bollywood performer).

Powers: Fighting in style. Kingo can do what basically every Eternal can do -- kick butt with little effort, though he prefers to fend off foes with the panache of a leading man. He has the ego of one, too.

Who knew? Kingo apparently fashions himself the star of the Eternals. Thena and Ikaris would like a word. 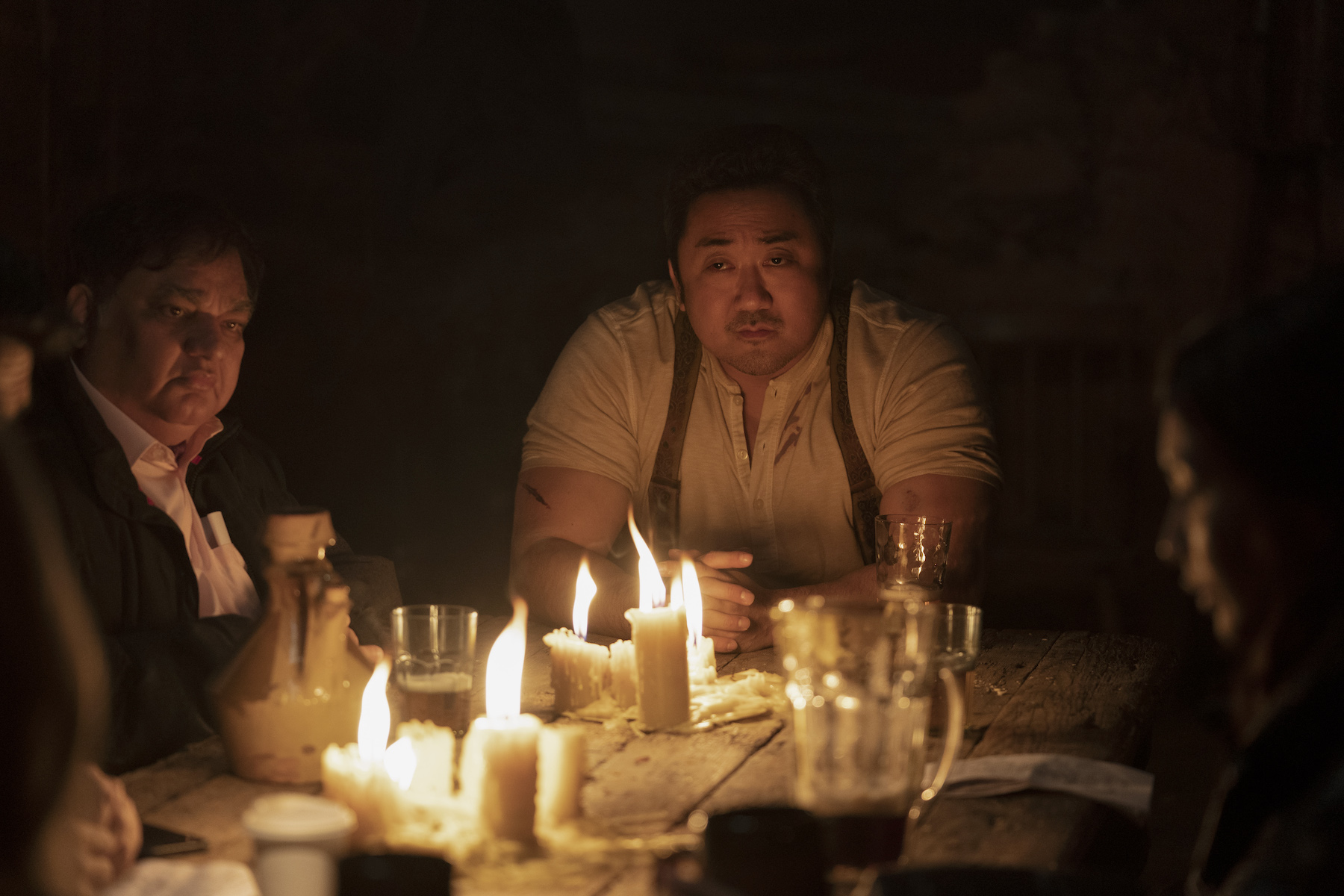 The strongest Eternal and Thena's partner, Gilgamesh is a fearsome warrior but also a pretty nice guy, according to Marvel.

Powers: Indomitable strength. In battle, Gilgamesh employs a golden "exoskeleton" that protects his arms and fists and delivers devastating blows to enemies.

Who knew? In the comics, he was known as "the Forgotten One" because he wasn't aware he was an Eternal for many years. 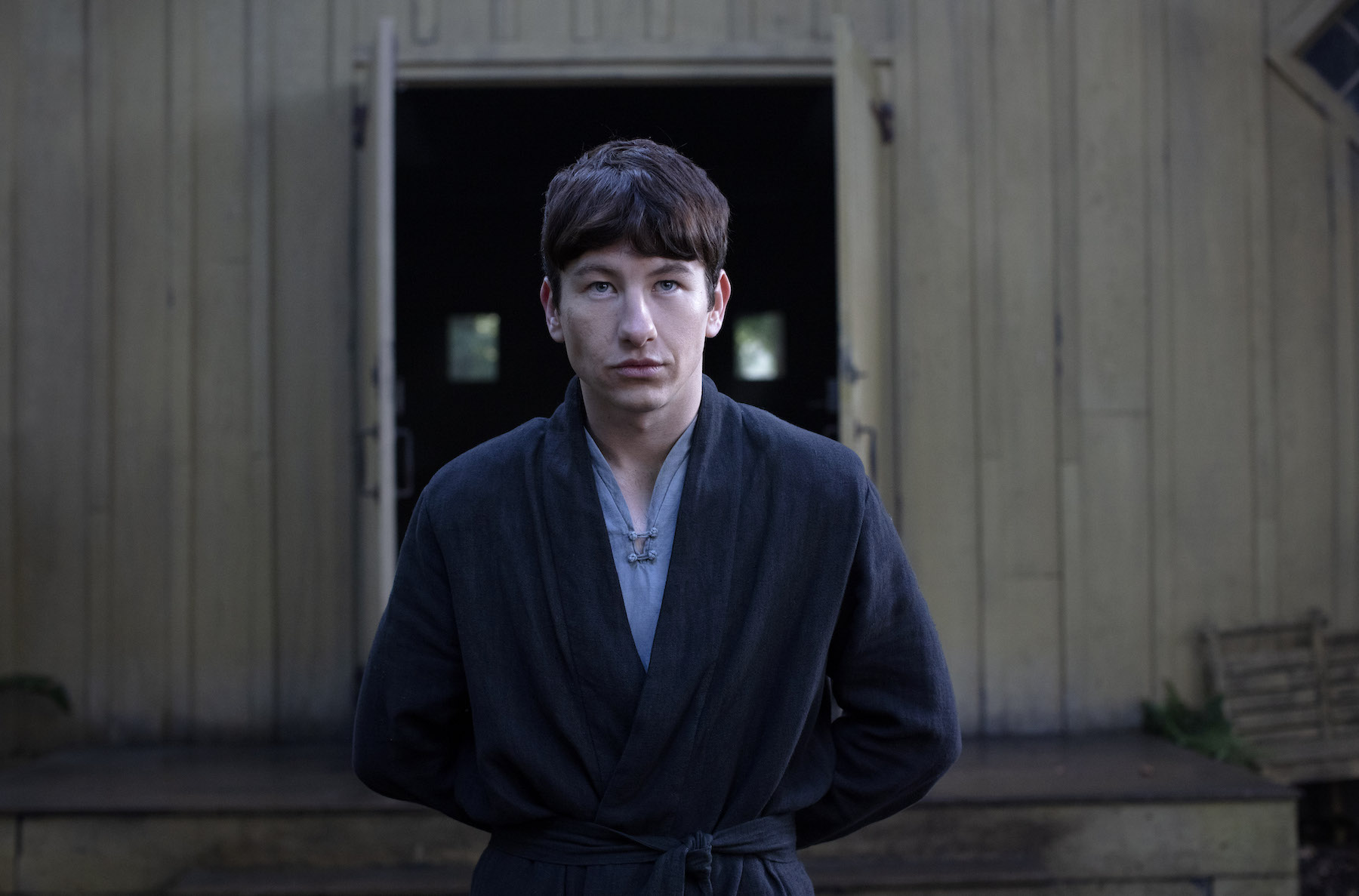 There's a darkness to Druig that the other Eternals lack. In the comics, he's often prized his own success above the success of the Eternals and their mission to protect humans, which has made him dangerous. (Also in the comics, he's been drawn to resemble a vampire of sorts.)

Who knew? Druig isolates himself from the other Eternals due to his, er, opposing view of how to live alongside humans, per Marvel.

OK, so, Whitman isn't a member of the Eternals, but he is Sersi's regular human boyfriend in the film. He may play a larger, more heroic role in upcoming Marvel projects, though nothing has been confirmed. We won't go into the finer details of his comic book history, but for readers who don't mind spoilers, Marvel has an expansive biography.

The Walt Disney Company is the parent company of Marvel and this ABC station.