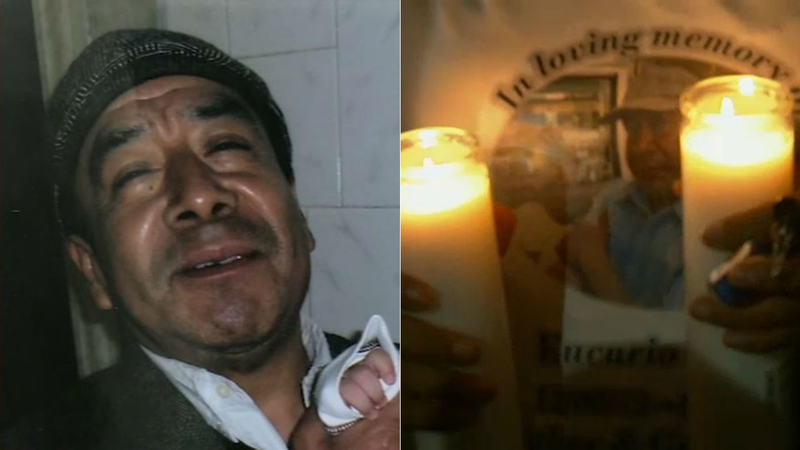 RIDGEWOOD, Queens (WABC) -- The family of a bicyclist killed has found solace now that one suspect has been arrested, but they are still pleading for others to come forward.

Eucario Xelo, 65, was on his way home from his job as a dishwasher when he was struck on Seneca Avenue in Ridgewood on Aug. 28.

Surveillance video showed several men on ATVs approach him from behind. One of the drivers can be seen swerving and striking Xelo, leaving him critically injured.

He died from his injuries four days later.

"It was horrifying and I have watched it so many times," the victim's daughter Angelica Xelo said. "He had his vest on with the reflectors, he had his light on."

Authorities are still looking for the others and Xelo's daughter said she hopes they do the right thing.

"Turn yourself in, they are as guilty as the person that did this," she said.

The victim was a father of five and a grandfather of eight. Xelo's family continues to grieve for the father and grandfather they have lost.