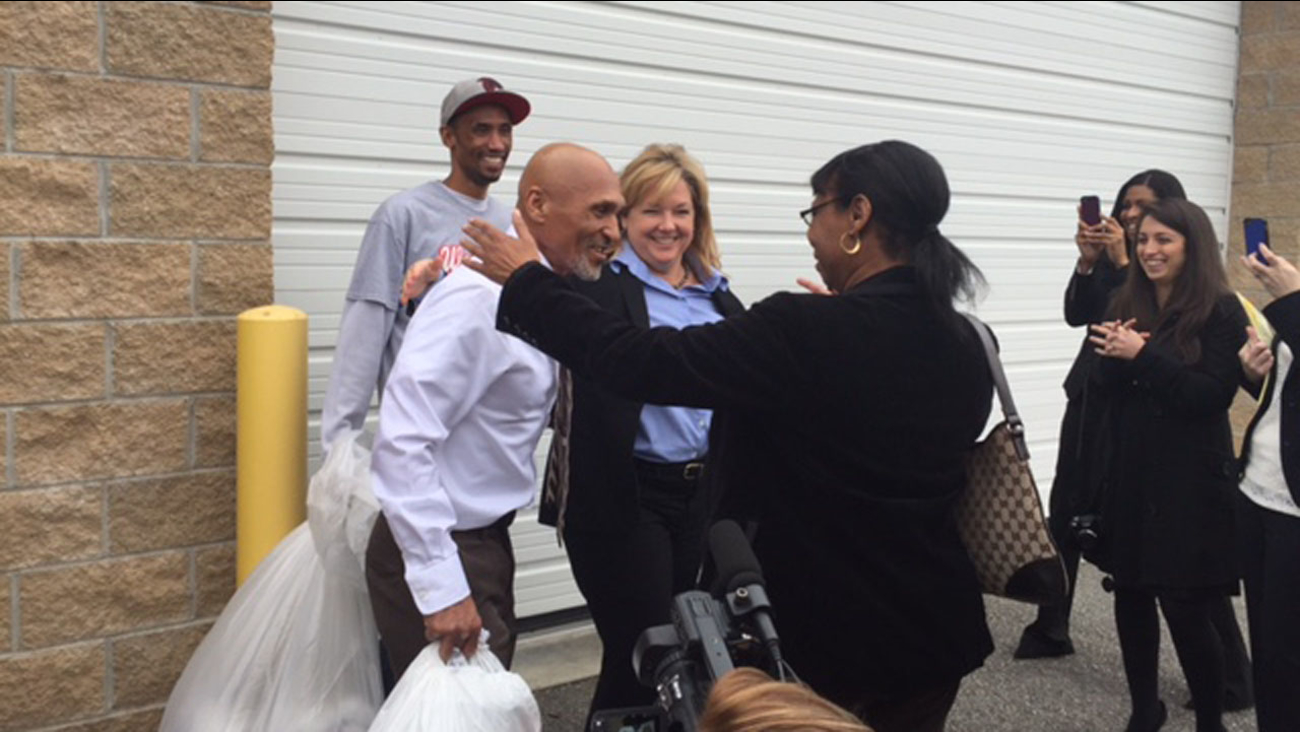 70-year-old Joseph Sledge was released from prison Friday when a three-judge panel said he was wrongfully convicted of murder.

WHITEVILLE, N.C. -- Joseph Sledge woke up for the first time in almost 40 years behind bars with the chance of becoming a free man.

Sledge, 70, needed one more win at an innocence hearing. Judges heard closing statements on Fridays about how Sledge was wrongfully convicted of stabbing a mother and her adult daughter back in 1976.

Sledge wrote the words "closure," "please," and "exonerated," as he awaited for the judges decision.

A few hours later, Sledge carried his belonging out of a North Carolina jail saying he looked forward to "going home, relaxing, sleeping in a real bed, (and to) probably get in a pool of water and swim for a little while."

The three-judge panel unanimously voted Sledge proved his innocence and was ordered to be released.

Christine Mumma, Sledge's attorney, took the case in 2004 and considered closing the case in 2012 when she felt as though she was running out of option.

A misplaced envelope was discovered that contained DNA found on the victims that was not avail;able for trial in 1978.

The Innocence Project said there has been 325 post-conviction DNA exonerations across the nation.

Meghan Clement of Cellmark Forensics said none of the evidence collected from the scene matched Sledge's DNA.

Herman Baker, the key jailhouse informant, signed an affidavit in 2013 recanting his trial testimony. Baker said he lied in 1978 after being promised leniency in his own drug case and was allegedly coached by authorities on what to say.

Testimony from another jailhouse informant was inconsistent, according to documents, and that informant died in 1991.

The victims in the case were 74-year-old Josephine Davis and her daughter, 57-year-old Aileen. Both were stabbed and Aileen was sexually assaulted in September 1976. The bodies were found in their Elizabethtown home the day after Sledge escaped from a prison work farm where he was serving a four-year sentence for larceny.

The granddaughter and niece of the victims, Katherine Brown, said the women were humble and considerate people. Brown said the family was "shocked that it will become and unsolved mystery" after they believed they had some form of closure. Brown did not directly address Sledge's innocence in her statement.

Sledge was headed to Savannah, Georgia, to live with family after his release.

"I had confidence in my own self. The self will and the patience," he said before trailing off and searching for the right word. "Patience is the word," Sledge told reporters after spending half of his life in prison.