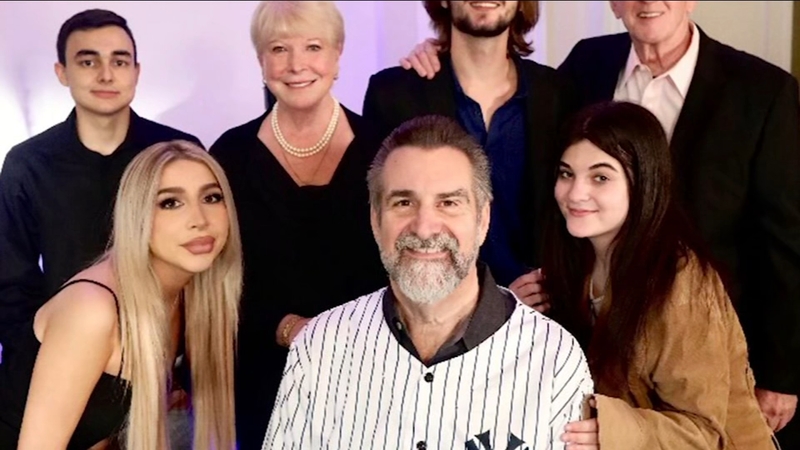 HACKENSACK, New Jersey (WABC) -- A new proposed bill in the House of Representatives is giving hope to some patients in our area with ALS. If passed, they could gain access to experimental medications.

"I can't even roll over in bed, can barely brush my teeth, my hair," he said.

"You were diagnosed in September?" Eyewitness News asked.

Tolve wants to take experimental ALS drugs not yet approved. Just take them and pray for the best. That is the shortcut that a bill in the House was written to do. Congressman Jeff Fortenberry is a sponsor.

"That's what the ACT for ALS does, push research for diseases like ALS and allows access to emerging meds quicker and better," Rep. Fortenberry said.

"I can't wait for something to be developed," Tolve said.

Tolve's doctor from Hackensack says we don't know about these medicines. They could work - or not.

"They are willing to try anything," said Dr. Robert Connor, Hackensack ALS Center.

"Do you have patients in tears, literally saying I will take that chance?" Eyewitness News asked.

"It needs to be considered. These patients are uniquely vulnerable," Dr. Connor said.

Tolve is a beloved musician in New Jersey. He's performed with Whitney Houston, Stevie Wonder, worked with James Taylor. And now, he can't play the piano. He can still sing though and he's been asked to sing the National Anthem on June 2 at Yankee Stadium for ALS Day.

He says he has such clarity about what's important right now.

The Navy announced Monday the cancelation of in-person events associated with Fleet Week New York 2021 due to ongoing concerns with COVID-19.