Exclusive: Mother injured in shooting in Staten Island speaks out from hospital bed 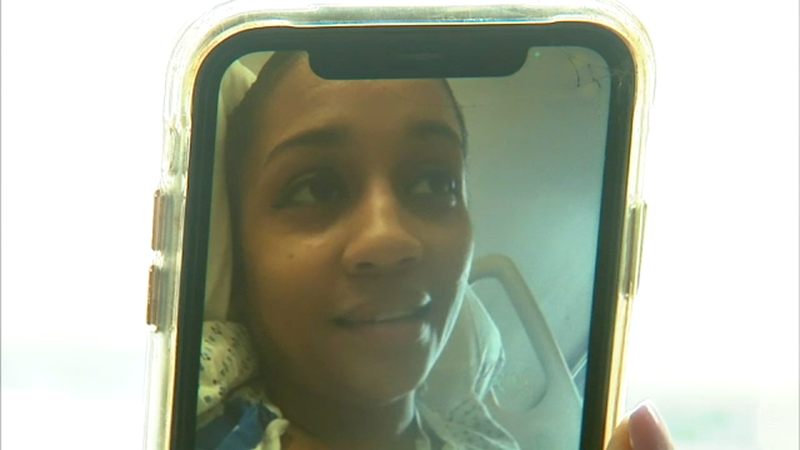 Mother injured in salon shooting speaks out from hospital bed

STATEN ISLAND (WABC) -- A mother who, along with her teenage daughter, was injured in a shooting in Staten Island spoke exclusively to Eyewitness News from her hospital bed.

Elizabeth Cruz was inside of an African braiding salon and barbershop on Victory Boulevard just before 4 p.m. Wednesday with her 17-year-old daughter who was waiting to get her hair braided when someone opened fire into the shop from the street.

"They took the gun out, we started running and we went running to the bathroom, was hiding in there and we were hearing all of this shooting. I didn't feel that I was shot," Cruz said.

One bullet grazed the daughter's head while two bullets struck the mother in the backside.

From her hospital bed, Cruz said she remembered hiding in a dark closet and seeing that her daughter was bleeding.

"Just one little inch, it would have killed her," Cruz said.


While waiting for surgery for a bullet lodged in her hip Friday, Cruz said she shuddered to think what could have happened.

"You're not safe nowhere. That God is real, that's the first thing I've got to say, and thanks God, thanks to him, he saved my daughter," Cruz said.

Video cameras recorded two men with their faces covered walking up to the outside of the salon.
In the video, police say one of the men can be seen pointing inside the salon at a man with braids who was the apparent target.

Then the second man pulls a gun and fires off several rounds into the building before the two men run off.

Police are now searching for the gunmen.