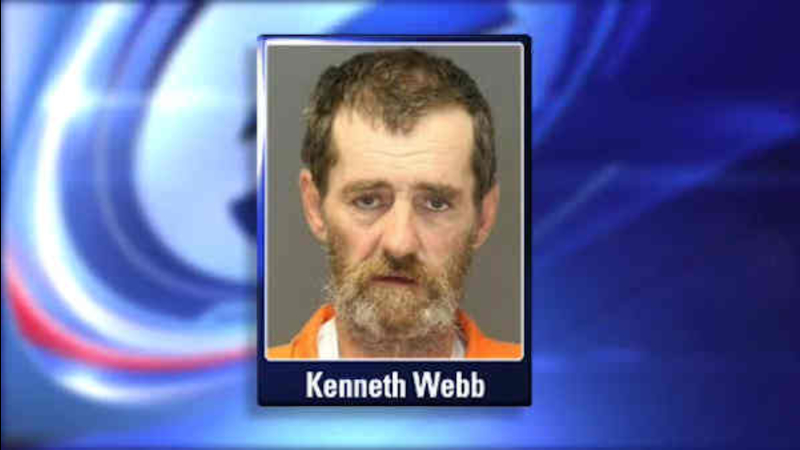 FAIR LAWN, N.J. (WABC) -- A homeless man is under arrest in New Jersey after a mother found him hiding under her son's bed.

The incident happened just before 4 a.m. Thursday morning at the home on Harrison Drive in Fair Lawn.

Police responded to a 911 call of an armed burglar and found 56-year-old Kenneth Webb hiding underneath the boy's bed, armed with a knife.

Fortunately, the 6-year-old was sleeping with his mother and baby sister in another room at the time.

Webb had change and a jewelry box on him, as well.

Police believe he cut through the screen window to gain entry to the room.

Darla Donohue heard rattling and sensed someone was in the house.

"I picked the billy club up that I keep by my bed when my husband is away, and I got up from the bed, dialed 911 and turned the hall light on," she said. "It's scary when you have two kids and your husband's not home. The heart pounds when you don't know who's in your home and what they're there for."

Donohue's husband is in the military, which is why he wasn't home.

Webb is charged with two counts of burglary and unlawful possession of a weapon. He is being held in Bergen County jail on $35,000 bail.
Related topics:
fair lawnburglaryhome invasionnew jersey news
Copyright © 2022 WABC-TV. All Rights Reserved.
TOP STORIES
19 children, 2 adults killed by gunman in TX school shooting
Uvalde school shooting: What we know about 19 kids, 2 teachers killed
Jersey City police fatally shoot man after report of shots fired
Fleet Week New York returns to the Big Apple
AccuWeather: Sun and clouds with a cool breeze
Matthew McConaughey: 'We must do better' after massacre in hometown
'People are getting numb': Texas mom reacts to mass shoot at school
Show More
A look at some of the deadliest US school shootings
Rep. Antonio Delgado to be sworn in as NY lieutenant governor
Biden to sign policing order on anniversary of Floyd's death
Biden addresses nation on 'horrific' Texas school shooting
Alleged shooter in unprovoked subway murder surrenders
More TOP STORIES News