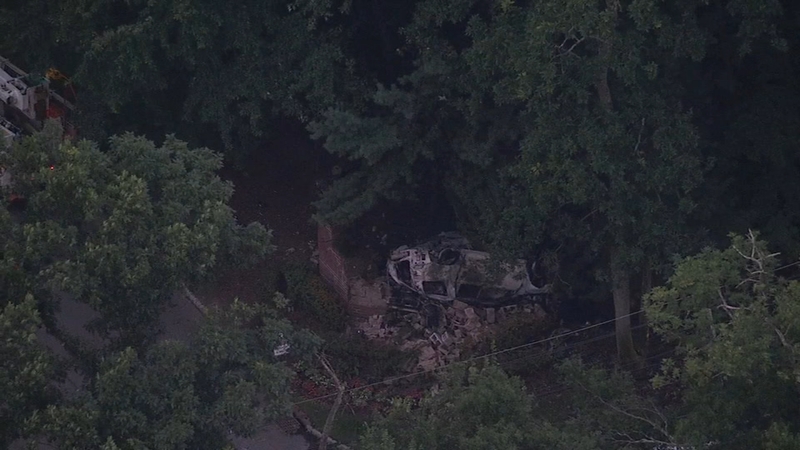 1 in custody after police pursuit leads to fiery crash

Around 2 a.m. Friday, police were called by a resident who reported that their vehicle had been burglarized. The 2016 white GMC Acadia had been parked on Henning Drive in Fairfield.

The victim told police that he put his car and house keys under the front seat and they were missing along with loose change.

The officers told the victim that they thought the suspect would return to steal the vehicle.

While waiting nearby, officers spotted the lights of the Acadia turn on around 4:30 a.m.

As the suspect drove the vehicle away, the police turned on their emergency lights. The police officer says the suspect was wearing a partial ski mask.

With police backup, a chase ensued and the vehicle crashed on Little Falls Road, rolling over and taking down power lines in the process.

The Acadia burst into flames and officers couldn't tell if the suspect was inside the vehicle.

Once PSE&G determined it was safe, police discovered that the suspect was not in the vehicle.

Just two hours later, the North Caldwell Police Department received a call about another stolen vehicle near the crash site. Police believe it is the same suspect.

Fairfield Police Department says that they actually had 15 reports of car burglaries in the Henning Drive area.